Hey Baby-Boomers... We are sick of your 'booming'. (Why young entrepreneur programs are NOT wasted on the young) [REBUTTAL] -
Tuesday, February 25, 2020

Yes, I know they’re lazy. (But isn’t that what your parents’ said about those hairy hippies?)

Yes, I know they have big mouths and love to hear the sound of their own voices (But isn’t that the generational trait that helped baby-boomers bring about massive social change in the 60s and 70s?).

Yes, I know they believe that the universe revolves around them, given that they represent a disproportionately large percentage of the population. (But isn’t that what defined baby-boomers for every decade until the noughties?)

As a Master of Throwing Rocks at a common enemy in order to engage my audience, I also understand why boomers might want to attack them.

Regardless, I’ve heard a bit of whinging and whining around the Anthill site this past week about how unfair it is to promote an awards program like Anthill’s 30under30, or it’s Young Entrepreneur Night Out events.

But if these vocal boomers can forget about unfair for a moment (yes, it’s not nice losing your place as the centre of attention), they might see why programs of this type are so important.

Where are the men in lipstick commercials?

Firstly, I really don’t see what the problem is.

Do you have an issue with the Telstra Businesswoman of the Year Awards? Is it unfair that women get an award of their own? What about the Business Mum’s Awards? Is it wrong to award only mothers who run businesses?

“It’s outrageous that my unethical business should be excluded! I worked very hard to be successful. But one little oil-spill…”

The fact is, we live in something called a society. And it’s a large one. Segmentation is logical and practical if you want to communicate a message and get buy-in – if you want to sell a product or even if you want to promote an ideal.

I personally don’t feel outraged that very few motorbike advertisements feature women, even though I might want to one day own my own ‘hog’. I’m sure that male readers don’t feel offended when the latest eye-liner commercial does not include men, even though there are men who wear eye-liner.

What about nappies? Why should these products be targeted at babies? Aren’t they excluding incontinent adults?

To achieve a big result in a big society, segmentation is essential. And, in this case, the future of Australia depends on the achievement of a very big result – a very important shift in the way we think and behave as a population. And this shift will largely and unavoidably be carried by the young.

Changing culture is a marketing exercise.

A media business with a goal to support entrepreneurship (like Anthill) will invariably consider knowledge gaps, socio-demographic make-up of the population and target audiences.

Having spoken to Anthill’s founder James Tuckerman on many occasions, I know that changing the culture of Australia to support entrepreneurship is something that drives him and his business.

At the moment, there is a demand and a need for courses and programs that educate two large segments of the Australian workforce:

Consider this question: “What is the best way to promote a culture of innovation, entrepreneurship and new business creation in Australia?”

As a fellow entrepreneur (irrespective of your age), you might well say, “Target the audience that is likely to get you the greatest result for the smallest outlay.”

If you want to bring about long-term cultural change, target the youth.

Plus, you have a head start!

Let’s look at the maths. (We might not be able to spell or do simple arithmetic but we do know how to use a calculator.)

The average school leaving age is 18. Yet, anecdotal evidence tells us that the average entrepreneur (while they might be involved in a number of different businesses beforehand) does not start her first ‘serious business’ until around the age of 26. This means the under-30s have had only four years (or less) to create an awesome business “worthy of recognition”.

Which business is likely to be larger? To be making more money? To have a larger client base, more testimonials, a larger marketing machine?

And let’s not forget, either, that this isn’t the only competition that Anthill runs. There are also the Cool Company Awards, which recognises companies, and the SMART 100, which recognises products and services.

I’d personally like to know the average age of the founders and entrepreneurs behind the companies and products that have won these awards over past years. I’m sure that only a handful would be under 30 years of age.

So hey, if you find yourself flaming the 30under30, why not enter those awards instead, where you have an age/time advantage, and stop complaining about the ones you can’t enter?

I have a confession to make

I’m no longer young enough to enter the 30under30 Awards. However, I wholeheartedly support encouraging young entrepreneurs rather than belittling them – telling them they don’t work as hard, don’t take as big risks.

The post that sparked this rebuttal insinuated that everyone under the age of 30 lives at home. Seriously?! My parents had my bags packed and at the front door when I turned 18. And the same goes for most of my friends, too.

The greatest cause for this ‘conflict’ is that baby-boomers have grown accustomed to being the loudest, most influential voices. They embody teen-self-righteousness, despite their abhorrence of Gen Y attitude.

Why don’t we just give the young of Australia a big youthful cry of, “Yay!” (Or “Groovy.”) Rather than slamming them for being part of the ‘youth’.

Leela Cosgrove is a Speaker, Author and Information Product Specialist. She is also a firewalker, has a black-belt in Tae Kwon Do, a penchant for tattoos, and enjoys bands such as Rammstein, Lai Bach, Marilyn Manson, Pennywise and Bad Religion. 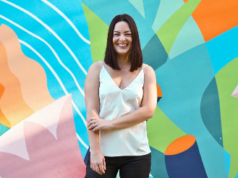 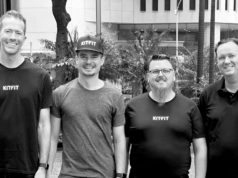