You might recall the modest tempest that formed around the release of the Ad Block Plus plugin for Firefox a couple of years back.

Ad Block Plus, as the name suggests, blocks display ads from showing in Firefox. Its primary pitch was, and remains, that surfing the internet is a much faster and more serene experience when you don’t have to wait for those dastardly, distracting flash ads to load.

Of course, it immediately raised the ire of media folk who claimed that you don’t get nuthin for nuthin in this life. To many, blocking ads is an affront – akin to stealing. They were already grappling with the devaluation of their once-lucrative content and, consequently, the increased reliance on online advertising to shore up revenue.

Now comes Add-Art, a Firefox plugin that not only blocks display ads but replaces them with curated art images. On first hearing about Add-Art I conjured a mental image of a zen-like, ad-free digital nirvana (angels singing, people dressed in white playing lutes, bunches of grapes scattered around). But don’t expect Leonardo, Michelangelo, Caravaggio and Van Gogh. The art (which is updated every two weeks) is edgy, modern, digital and obscure. In fact, it didn’t even show on many sites I tried (including ours).

The question is: In an age where people – in all other respects model citizens – download the latest episodes of their favourite TV show illegally on BitTorrent with little or no contemplation on the moral rectitude of this act, is ad blocking wrong? After all, isn’t it up to marketers to reach us? Isn’t the onus on them to adapt to evolving market conditions and consumer behaviour? Just ask the creators of the Sony Walkman.

In The Truman Show, TV producers create a 24-hour, commercial-free reality television show – a bubble of a world in which the star of the show, Truman Burbank (Jim Carey), is the only non-actor on-set and the only one oblivious to the fact that the world isn’t real. In the absence of commercial breaks, the show makes money for the network by liberal advertiser product placement within the ‘storyline’, further blurring the lines between commercial curation and ‘reality’.

Of course, it’s up to everyone to come up with business models that work. But we’ve already seen that the more difficult it is for advertisers to get their message out to consumers, and for media companies to fund content creation with advertising dollars, the more pressure there is on content companies to either blur those lines and produce an inferior, compromised product… or no product at all.

In the 1980s, an Australian advertising industry body commissioned a television commercial that urged viewers to think of advertising as a common good or, failing that, a necessary evil. (I would have embedded it here but, alas, I couldn’t find it online – please post if you do.) The commercial presented a world without advertising, where products vanished off retail shelves leaving empty stores because, without advertising, consumers weren’t aware of choice.

The internet has reshaped advertising immensely since then, but the message is still the message, irrespective of the medium.

What do you think about ad-blocking technology? 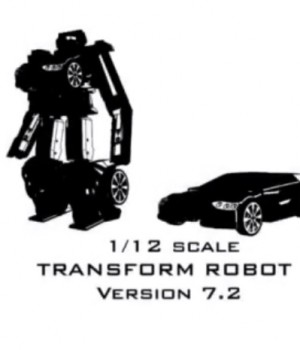