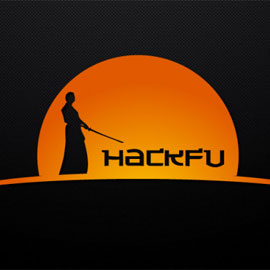 For the past six years, the British firm MWR InfoSecurity has been hosting HackFu, a creative hacking festival that in the past has featured a Cold War murder mystery, a pirate adventure and an incident on Moonbase Alpha in the year 2139, among others, to enthuse as much as challenge hackers.

After this year’s event, the security consultant is projecting HackFu as a way to support and train the British government in hacking and anti-cyber warfare training exercises.

“HackFu may be the model we need to use for all future cyber security training. It is centred on practical experience of problem solving and aims at bringing people together to collaborate in anti cyber warfare activities,” said Martyn Ruks, the firm’s technical director. “While the theme-based exercises are fun, they are enabling the experts of the future to counter serious threats.”

After Snowden saga, a dilemma for hackers

The suggestion is jarring, not least for its timing. It comes bang in the middle of the U.S. standoff with Edward Snowden, an “ethical hacker” who blew the whistle on American cyber-spying on other countries, besides its own citizens. The U.S. even targeted cellphones of civilians in China.

Surely, no government needs, or deserves, the support of hackers.

Anyway, MWR’s pitch was probably aimed at drumming up government business, and nothing more. After all, security firms the world over rely on the government for lucrative contracts.

“The recent announcement that high level IT security experts are to be trained at two university research centres, with £7.5m of Government and research council funding, is very welcome,” said Ruks.

HackFu, typically, pits teams of experts against one another, setting innovative themed exercises. In this year’s event at the RAF Air Defence Museum in Norfolk, over 75 hackers from 20 countries took part.

MWR said it also ran a competition to induct more talented people into the HackFu fold.

“This year’s HackFu was a great success as it provided a space for high level industry consultants and future experts to share knowledge, ideas and innovative techniques that will be critical to protect against cyber attacks and modern threats,” said Ruks.