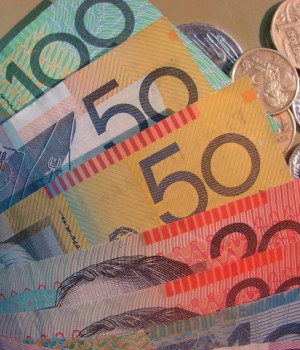 Start-ups and SMEs in general have many enviable characteristics, among them being passion, ambition, risk taking and forward thinking.

Unfortunately, healthy cash flow has never really been one of their strongest suits.

Thankfully though, governments world over are now coming around and starting to recognise the importance of start-ups.

As stated in the OECD Science Technology and Industry Scoreboard, “firms five years old or less generated on average nearly half of all new jobs over the past decade”.

However, jobs are not all that governments are thankful to start-ups for; there is also the immeasurable value brought to the economy via innovation and out-the-box thought.

Once again, as stated by the OECD Scoreboard, “small firms, and start-ups in particular, drive radical innovations and job creation”.

How are governments around the world supporting start-ups?

Governments are often accused of only paying lip service to SMEs but in the specific area of research and development (R&D), they have put their money where their mouths are.

Portugal, France, Canada, Australia and the UK are amongst the biggest supporters of R&D.

R&D support usually comes in form of tax incentives: it could be an increased tax credit or a “super-deduction” and sometimes, the government offers cold hard cash.

It is worth noting that the support being offered by these governments is not just a light nudge; it is a huge push – per the OECD Scoreboard, “In Canada and Australia, indirect funding of business R&D exceeded direct funding by a factor of five”.

What that means is that five times more indirect cash was pumped into start-ups and SMEs compared to direct investment such as private funds and venture capital.

Furthermore, countries such as France, Canada, Norway, Australia and Austria offer even the loss-making start-up at least the same R&D tax incentive benefit, and sometimes more.

This is in recognition of the fact that short-term assistance is required and that increased tax losses that may only materialise in three to five years’ time, are often futile as the company may not last that long without a cash injection.

And the support is paying off – OECD innovation surveys for 21 countries showed that firms receiving public support for innovation invest 40 to 70 per cent more than those that do not.

And further down the row of falling dominoes, it has been found that these higher levels of firms’ investment in innovation lead to higher innovation sales and productivity.

The Aussie start-up scene is very vibrant right now but private funds are hard to come by.

However, Gary Shapiro, managing partner of KWS Advisory, has pointed out that a start-up that has successfully accessed the Australian R&D Tax Incentive, and other government incentives and grants, has a higher chance of raising private capital.

“Investors see the incentive as a risk mitigator, with currently a 45 per cent refundable cash offset available, and it shows the team’s awareness of different avenues to attain funds.”

Unfortunately, there is a perception that R&D is either done in a lab or exclusive to the IT sphere and many SME owners around the globe are missing out on the assistance that could make the difference to their businesses based on this misconception.

All in all, governments have realised the need to assist in innovation and particularly in the start-up and SME space, so all businesses in this sector, be it in Slovenia or Australia should keenly find out what their government has to offer them.

Lior Stein is a Partner at KWS Advisory and specialised in assisting entrepreneurs grow and commercialise their businesses.