The idea for this post came by way of a random comment recently dropped into conversation (like an anvil) by the ever-controversial ‘renegade rockstar‘ Leela Cosgrove. Like many of Leela’s sometimes unconventional views, the observation stuck in my brain (like a pick-axe driven home by said anvil).

This is not surprising. Leela has built a reputation on the Anthill website for being controversial and voicing the unexpected. And, like some post-modern Malcolm McLaren, she doesn’t mind explaining the process that she goes through to frustrate, annoy, shock, dismay and, invariably, open your mind.

We’ve all heard that sex sells (even when it doesn’t) and we’ve all been told that any publicity is good publicity (even when it isn’t). But could the process of getting banned from the airwaves actually help a company advance its marketing objectives?

Infidelity ad gets pulled during Underbelly

This week, a TV advertisement for Ashley Madison, the website which dubs itself “the world’s largest infidelity dating site”, tested viewer limits, pulled after airing during an episode of Nine’s Underbelly.

The ad, which features a half naked man and woman in bed, is understood to have attracted up to 100 complaints to the Advertising Standards Bureau since Sunday when it aired in Sydney. The ad features the message: “This couple is married…. but not with each other.”

The free-to-air TV industry body Free TV contacted the website’s agency Frontier last night to inform them the ad had been reclassified from MA to S – which now means it can only be aired between 11pm to 5am and cannot be aired during sports and religious programs.

The website was launched in Australia in April and claims to have attracted over 200,000 members so far. However, the business has attracted similar controversy in other markets long before these recent sanctions. In fact, you could say that the scandal such a service naturally creates is part of its business model.

In fact, Ashley Madison even created ‘rebuttal’ advertisements to counter claims by the US Parents Television Council that it is corrupting children… way back in February 2009!

The ‘interwebs’ are filled with commercials proudly and boldy described as ‘banned’.

There is almost no better link bait (he writes shamelessly aware of this very post’s title). We all know this intuitively. But now digital technology can not only be used to provide proof. It can be used to create a commercial justification.

The following commercial was created for Perth domain registry CrazyDomains.com.au.

It shows former Playboy Playmate and Baywatch star Pamela Anderson as a corporate figure. It involves one of her male colleagues fantasising about her and her brunette assistant, who are wearing gold bikinis and having milk poured all over them.

I already know that you want to take a peak (even if only to vent your outrage). So, here it is.

The managing director of Crazy Domains, Gavin Collins blamed “feminist bloggers” for stirring up the controversy at the time and is fighting the ban, according to an article published in The Daily Telegraph in March.

However, whatever the cause of the ban (and irrespective of whether this ad is in good taste… or not), Collins might now be wondering whether he reacted too soon.

So far, the advertisement has been watched by over 1,086,203 YouTubers!

For example, the first episode of the first Underbelly series attracted a national audience of 1.32 million people in the four mainland capitals where it was shown. (It was banned in Victoria for legal reasons, which of course only added to its popularity when eventually aired.)

In this example, the advertisement creators scored tens (perhaps hundreds) of thousands of dollars worth of free attention, equivalent to advertising in prime time, without people ducking off for a toilet break (or switching channels).

In other words, it achieved the holy-grail of advertising: Undivided attention (most probably among adolescent males and older people with adolescent minds but only CrazyDomains’ own market research will know whether those characteristics sync with those of its target customers).

It’s not all about sex

Late last year, I posted an article about keeping marketing messages simple. It was called, How to make your message pop (by killing animated polar bears).

In this post, I talked about a television commercial that you will probably never see on television.

It’s not for the squeamish.

This video was created by planestupid.com in order to make travellers aware of the impact that short-haul flights have on the climate. It does so in a novel way (using Polar Bears as a “well understood symbol of the effect that climate change is having on the natural world”).

It is bold, effective and very gory.

This television commercial was never banned because no one ever tried to air it (as far as I’m aware). Its YouTube stats tell us that it has been watched by 979,747 people, shy of CrazyDomains’ foray into censorship, despite its international relevance and extremely high production values.

But imagine if it had aired just once. And attracted the likely outrage.

I suspect that a banned bear would have generated more free exposure than just a bloodied one. 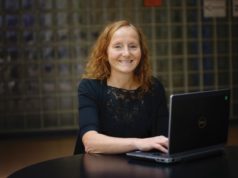 What is holding women back in New Zealand and Australia’s financial advising industry? 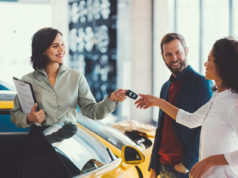 Do millionaires lease or buy cars? A look into the vehicular habits of the rich [SPONSORED] 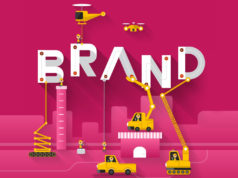