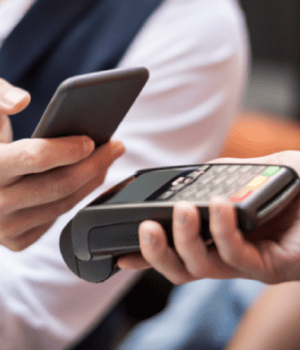 It’s an understatement to say that the FinTech market has been a hot button topic.

From the Robinhood fiasco to a startup boom reminiscent of the dotcom craze, average consumers and venture capitalists are keeping a finger on the FinTech pulse.

But, like most industries, FinTech suffered during the emergence of COVID-19.

Mckinsey reports that “investment into the sector dropped by 11% globally” during the first six months of 2020 when “compared to the same period in 2019.”

An 18% drop in investing during July was precipitous. Do these figures represent the industry slowing from a sprint to a crawl?

Maybe, but current data and predictive models say otherwise. Although investments into FinTech startups have slowed, the industry as a whole is still full speed ahead.

Research And Markets appraised the Global FinTech Market at 7301.78 billion dollars in 2020. And reports the industry is expected to continue its forward momentum – projected to grow at a CAGR (Compound Annual Growth Rate) of 26.87% through 2026.

In evaluating business demand for FinTech capabilities, Gartner predicts that 60% of companies will seek AI use cases in financial management solutions.

Understanding the demand for FinTech capabilities.

The global financial crisis of 2007-2009 must be considered when speaking to the rising demand for FinTech products and services.

The “Great Recession” led to a global GDP decline of 5.1% and left millions of people unemployed, without savings, and with mortgages too expensive to handle.

Experts point to rampant deregulation within the financial sector as the primary cause. However, it’s hard to say the financial crisis itself started the FinTech boom.

Reactions to the fallout of the recession and the Wall Street bailout comes to mind as a prominent landmark within a period of shifting consumer perception.

Although the figure has since risen and now sits at 33%, it’s a sharp decline in confidence amongst a continuing downward trend from the heyday of traditional banks in America, when 60% of Americans expressed high confidence in banks in 1979.

Governments’ reaction to the financial crisis played a role in the FinTech boom.

An increase in regulation and government oversight, for example, the Dodd-Frank Wall Street Reform and Consumer Protection Act that was passed in 2010, led to banks giving more attention to compliance, security, and risk management.

It clogged up the bulging bureaucracy of big banks, leaving less time for innovation in an already slow-to-adopt industry, in the case of artificial intelligence.

The rise of consumer demand that was experienced in several industries contained within the larger umbrella of the financial industry also cannot be ignored.

The interest in cryptocurrency and retail investing has boomed in recent years. And, financial literacy has shown itself to be a growing trend among today’s consumers.

With a noticeable peak in consumer investing interest occurring in December of 2017, the same month Bitcoin surged to nearly $20,000 after starting the year under $1,000.

The lack of consumer confidence in traditional banks and increased regulations by the government left the financial industry in an interesting predicament.

Innovators in the FinTech field managed to notice a glaring consumer need for a nimbler, more streamlined and transparent approach to banking. Not to mention a massive business need for advanced analytics, automation, and artificial intelligence.

The situation made it clear that the traditional banking model was begging to be disrupted. And it was clear that venture capitalists felt the same way.

Mckinsey reports venture capital funding for startups in the FinTech space grew more than 25% a year from 2014 on, until the steep decline during 2020.

What’s next for FinTech?

Banking isn’t the only area of the financial industry that has felt the impact of the FinTech boom. FinTech has changed the concept of finances as a whole.

Peer-to-peer platforms like Venmo and Cash App make it possible to wire money to anybody, instantly as the consumer lending market has changed drastically.

Many other Fintech companies are working tirelessly in order to simplify the lending process and allow individuals to leverage cryptocurrency for loans.

Consumer facing FinTech companies have boomed over the past decade.

The Business to Business space has benefitted drastically from these products and services as well, whether innovation occurs in-house or through acquisition.

Software, such as Fundbox, can analyze large groupings of data and draw credit conclusions in under three minutes, replacing hours of tedious manual labor.

In many cases, those leading the FinTech boom got started in traditional finance. We will continue to see rapid acceleration within the embedded finance space.

In 2021, we saw major adoption and growth with BNPL companies like Affirm and Klarna offering their solutions to consumers via point of sale and check out.

In 2022 I anticipate that more technology companies will add financial services to complement their core product and generate more revenue per customer.

The financial services space is going through a massive transformation.

Enablement companies powering these offerings behind the scenes like card issuing and banking as a service will continue to see rapid growth in 2022.

While nothing is certain in today’s ever-changing tech-centric business climate, industry leaders and the data say the same thing, that FinTech innovation and growth will continue trending upward for the foreseeable future.

Brent Jackson - Jun 6, 2015
0
We are all bombarded by emails every day. We bombard others with emails. It’s a congested superhighway of e-promises, lead magnets and chit chat out there. So how on Earth are your emails going to stand out? James Tuckerman is a man who knows a thing or ten about online marketing. In this cheat sheet, he shares seven steps to achieve two very clear goals: Opens and click throughs.

Brent Jackson - Jul 6, 2015
0
The art of selling is a social minefield. Have you ever been on the wrong end of a ham-fisted, awkward or just plain obnoxious sales conversation? Of course you have! Why is it that some sales conversations magically delight, while others make us want to manically bolt for the door? This Phil Anderson FREE CHEAT SHEET will help you to master the art of sales!

Brent Jackson - Jul 31, 2014
0
Xero recently held its annual meeting in Wellington, during which the company revealed some interesting details about its future. As has been widely suspected, the...