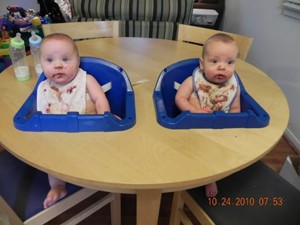 To fill you in, IkeaHackers is a site that showcases how people have taken standard Ikea products, and hacked them into something else.

And, when I say hacked, I don’t always mean cut stuff up for fun. The site showcases nothing short of genius applications of everyday Ikea products.

Then, when you take a well designed product and let human brains loose on them, you can reach another level of genius. And, this is what IkeaHackers did. It showcased what others had done with their Ikea products.

IdeaHackers does not compete with Ikea itself in any way. In fact, if your inspiration was sparked by what you saw on IkeaHackers, you’d most likely be spending a bucket load of cash at your local Ikea store.

IkeaHacker is essentially a fan site. It’s been in operation for eight years but its founder Jules Yap, recently received a ‘cease and desist’ letter from Ikea.

Yap has two options. Continue using the name IkeaHackers but she is not permitted to take advertising or use the site for commercial purposes. Or, the site can be renamed, undoing eight years of hard work creating the brand.

You can read the detail here.

It’s a tricky situation for Yap.

But, it’s an even more precarious one for Ikea.

Why would a company, known for it’s creativity and design, choose to stop the creativity of fans of its brand? Why would a multi-billion dollar company take on a company the size of IkeaHackers?

In all honesty, why wouldn’t Ikea actively support this business. If it was so concerned about copyright infringement, buy the company. You know, invest some enterprise level venture capital into a thriving startup that does nothing more than support your brand.

Ikea has changed the world with its design-based thinking, with its track record of knowing what customers want and need. It has been a truly innovative company.

Yet, here it is, publicly taking on the ‘little guy’ that is the epitome of what the Ikea brand stands for.

Does IkeaHackers really create brand risk for Ikea? Is it not an augmentation of its brand? If Ikea owned the site outright but, let it run as it does now as an independent entity, it wouldn’t it be an accretive influence on the brand?

I work with a lot of companies that are seeking to innovate, to change what they are doing. Most of these companies would be delighted to see that their products were so loved, so creatively used and, had such a passionate following.

If you want to check out IkeaHackers before it is no more, do so by June 23. That’s D-Day according to the demands from Ikea.