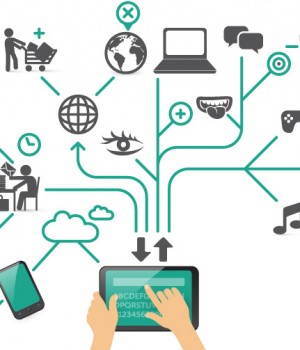 Have an awesome idea but lack coding skills? FileMaker, a subsidiary of Apple, recently launched the latest version of its platform, FileMaker 15, which will make it even easier for small businesses to build custom business app​s​​ with no coding skills required.

Traditionally SMBs have been locked out of building custom business apps because it’s either too expensive or they simply don’t have the technical skills required to build an app in-house. This has often meant SMBs had no other choice but to use an off-the shelf app.​ ​

While ​this ​might get the job done​, it​ ​means ​SMBs​ often have to​ pay​ ​for extra features they don’t use or ​lack​ the capabilities that would be really most useful to them.

FileMaker has been working to remove these barriers and the latest version of its platform will make it even easier for any business, small or large, to build a custom app that meets the specific needs of their business.

Aussie businesses are adopting mobile devices faster than they are able to integrate them to fit their unique business needs and work flows. These business teams need apps that will seamlessly work across all of their devices — to ultimately reduce inefficiencies and drive productivity.​

“The solution to this challenge is custom apps. With traditional programming, the time and cost investments tend to be quite high,” says David Head, Consulting Engineer at FileMaker APAC.

What does ​the latest version of FileMaker offer?

FileMaker 15 makes it even simpler for start-ups, work groups and small businesses to create and use custom apps. The folks behind FileMaker 15 have added a new set of starter solutions which cover the most popular use-cases. These starter solutions empower novice citizen developers to immediately begin building their own custom app, without any coding or programming skills required. ​

“Now a customer who has developed a custom quoting app with FileMaker can capture a signature on the iPad via the touch screen and then automatically upload that contract to iCloud — allowing the rest of the company to instantly access the document.”

Platforms like FileMaker have enabled custom app development to come a long way in the last few years alone. It’s now an affordable choice for start-ups and small businesses, that not only fits specific business needs​in order to reduce inefficiencies and boost productivity, but also gives businesses a competitive edge.