China has been the economic panda in the room for over a decade. Now, in the spring preceding the Beijing Olympics, foreign export opportunities are in full bloom. Tim Harcourt explores China’s rapacious appetite for Aussie offerings (ones we don’t dig out of the ground).

With 1.3 billion people, China packs quite a punch when it comes to the world’s population and its relationship with economic and labour-force growth. However, most of China’s population themes are about its one-child policy, its gender imbalance (not enough brides for so many brothers) and its ageing issue (the so-called ‘getting old before they get rich’ syndrome).

But the latest news out of China is slightly different than the usual themes. According to local authorities in Shanghai, China’s global city is experiencing a mini ‘baby-boom’ with 76,500 babies born in the year to June 2007, which represents a year-on-year increase of over 21 percent. On current projections, Shanghai’s population is expected to reach 19 million – just shy of Australia’s present population of 21 million – by the time of the Shanghai World Expo in 2010.

Why is Shanghai’s baby population growing? Local authorities say it’s a matter of marriage and migration. Marriage is on the rise in China and young married couples are keen to become parents quickly. There’s also migration. Part of the conditions for joining the global economy (such as WTO membership) required reform within China itself, including removing restrictions on internal labour migration. As a result, many rural Chinese workers have been attracted by the bright lights of the big city and have moved to places (like Shanghai) that are going gangbusters. In fact, one reason why the Chinese Government announced the ‘look west’ strategy, which entailed more government spending to bolster the economic strength of the second- and third-tier cities of the interior, is because nearly everyone was heading to places like Shanghai (if you’re not in Shanghai, you’re camping out, as they say).

There’s also another, less economic, explanation. In the Chinese calendar, the Golden Pig year is regarded as a lucky time to have a baby and that has been part of the reason for the mini baby-boom. There was no need for a baby bonus in China in the Year of the Pig, and no need for any pork-barrelling either.

However, the mini baby boom is not just restricted to Shanghai. The Year of the Pig baby boom began in earnest on 18 February, 2007 (the beginning of the pig year) and a similar event occurred in 2000 with 36 million ‘millennium’ babies born (almost double the rate born in 1999 and 2001). Of course, now with the Beijing Olympics approaching on the (very lucky) 8/8/2008, many Chinese parents are aiming to have an ‘Olympic’ baby, with some hopefuls even trying to get the baby born at 8.08pm when then opening ceremony begins (which is taking ‘family planning’ to extreme lengths).

So with all these babies coming for the Beijing Olympics, what does this mean for Australia? Of course, demand for all things Australian from China is growing at record levels. And its not just resources. According to the latest Austrade/ABS research, 4,257 Australian businesses export goods to China – an increase of almost 12 percent compared to last year.

But China’s rise is good for consumer products too – particularly in the baby department. For example, the Wiggles, Australian Exporter of the Year in 2005, now have a Mandarin language franchise, so you can expect many little tots singing “Hot potato, hot potato” in their native tongue soon. In addition, child education exporters Gymbaroo are having success in North-East Asia overall (including in Korea) as disposable income of Asian parents increases. Children’s products made by Eeni Meeni Miini Moh (clothing) and Mei Mei (skin care) are also doing well.

Of course, it’s not just baby product exporters who are going to do well in Beijing. Many Australian businesses are joining Austrade’s Business Club Australia (BCA) to leverage the business opportunities emanating from the Olympic Games in Beijing. BCA was set up in Sydney at the Olympic Games in 2000 as a networking facility to give local business access to potential international buyers, customers, clients and business partners coming to Australia. Many new exporters established their contacts in Sydney and have built a global reputation since then. The BCA brand has also grown in that time as part of a special event strategy for doing business that was developed over the decade in both on-shore and off-shore forms.

As BCA’s manager Ashley White points out, “After the success of Sydney 2000, the Rugby World Cup 2003 and the Melbourne 2006 Commonwealth Games, Austrade decided to expand its business networking programme at the Rugby World Cup 2007 in France, the FINA Swimming Championships and Spring Racing Carnival in Melbourne before heading to the Beijing. With few major international events in Australia on the horizon, it made sense to take the BCA model overseas.”

And it has paid off. Since its inception, BCA has held over 260 networking events in Australia and overseas. There are around 8,500 members – with some 37 percent located off-shore – and the BCA programme has facilitated over $1.7 billion in trade and investment deals since 2000. That certainly shows that the economics of networking – or ‘the power of schmooze’ – works in practice.

There’ll be plenty of export action in China at Beijing 2008, and with an ‘Olympic baby boom’, maybe many Australian businesses looking at the Chinese market will see after all that exporting is really child’s play.

Tim Harcourt is chief economist of the Australian Trade Commission and author of Beyond Our Shores. You can read his blog at www.austrade.gov.au/economistscorner 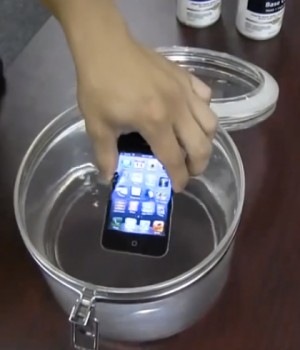