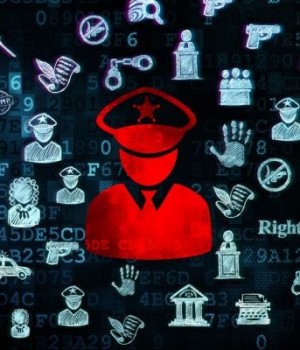 O’Neill served as an operative for the FBI, where he conducted national security field operations against terrorists and foreign intelligence agents. His role in the investigation and capture of the most notorious spy in U.S. history, Robert Philip Hanssen, became the subject of Universal Studio’s movie Breach, released to critical acclaim in 2007. Cybersecurity firm Carbon Black’s editorial team asked O’ Neill five questions on state-sponsored hacking:

How serious a problem are state-sponsored hacking attacks for public and private sector organizations?

Public and private sector organisations should have made cybersecurity a priority in 2014 when North Korea attacked Sony’s studios in Culver City, California. The Sony breach sent a warning flag that societies’ quest for rapid and efficient information sharing and ease of access to information had critically increased our vulnerability to cyberattacks.

Unfortunately, we didn’t listen. Over the past three years, catastrophic security breaches have stolen information, probed the critical infrastructure of major western countries, provided economic advantages to China, political advantages to Russia, fuelled the North Korean and Iranian need for revenge, and have fed the espionage machine of all nations that spy. Even ISIS and other terrorist organisations are getting into the game as they amass the capability to launch digital attacks.

Cyber espionage and cyber terrorism are the most critical threats facing the public and private sector in the United States and the United Kingdom, and there is no reason to suppose that Australia/New Zealand will not be future targets. Such cyber attacks are a greater threat than even kinetic terrorism. They are cheaper to launch, easier to design and benefit from an inherent difficulty to track back cyber attacks to their source.

What are the motivations behind state-sponsored hacking attacks?

The traditional spy playbook provides a clear understanding of the motivations behind cyber espionage. Russia’s attack against the American DNC and Hillary Clinton’s presidential campaign, for example, sought to mine critical policy information for a potential incoming president and sabotaged the presidential campaign through the targeted release of information.

Gathering intelligence and disruption are hallmark purposes of espionage. Iran and Russia have probed certain power companies in the United States through malware attacks. These probe attacks typically suggest that an infrastructure attack may be forthcoming.

China has preyed upon both the United States government and private business – particularly in the technology and healthcare sectors. China’s attack on the Office of Personnel Management stole critical personal information about US government employees that can be used to recruit sources – through blackmail, greed or ideology. China’s attack on Anthem through a clever spear phishing attack using social media collected further information about numerous government employees insured by Anthem as well as private citizens.

Policy decisions of great nations are driven by intelligence gathered by spies. As we have placed our information in databases accessible to outside Internet breaches, we have made spycraft easier. We are in the decade of the cyberspy.

Do you see the volume/severity of state-sponsored attacks increasing or decreasing in the future?

State-sponsored attacks have grown since 2010 and will continue to grow at a sharp incline. Kinetic warfare is expensive and inconsequential in a world where cyber terrorism and warfare can cause significantly more damage. A nation can also carefully launch cyber attacks behind a veil of anonymity and deniability. This has been the modus operandi of China and Russia for years. Cyberattacks allow a nation to strike tactically to pursue an often-unknown agenda without the repercussions and proportional responses a kinetic attack demands.

Should nation states/governments engage in cyber arms control treaties that limit the type of cyber weapons they use against each other, or the circumstances in which they use them?

I am concerned that we will see a catastrophic cyberattack on the United States critical infrastructure in the near future.

The United States has not prepared adequately to prevent such an attack. Our outdated and decentralised systems are poorly patched and are vulnerable, and the government does not have a sufficient response plan. These are the sorts of attacks that would benefit from an arms-control treaty.

However, because cyberattacks are nefarious in their ability to strike anonymously, treaties and negotiations are the smallest part of a defensive strategy. Cybersecurity requires both the private and public sectors to combine their efforts in stopping attacks. Prevention and defence requires hardening our cyber infrastructure, protecting our information systems, training personnel in analytics – the ability to understand an attack and hunt threats – and providing the tools and practices that give threat hunters visibility into the threats.

Have you see any initiatives of this type being discussed/implemented? Are they feasible/practicable?

At Carbon Black we have advocated an understanding that cybersecurity is national security. If we seek a world safe from cyberattacks, the world needs to catch up to the attackers. Too often, security and governments play defence against attacks after the enemy has launched them.

Effective cybersecurity requires active threat hunting to discover attacks before they land and prevent damage. Cybersecurity and counterintelligence must align to stop the threats. In other words, just as the spies have become hackers, our cybersecurity professionals must become spy hunters.