Consumers living in emerging markets are paying up to three times more for broadband than their mature market counterparts, according to worldwide consultant on telcom and software analyst.

Research by Ovum, which runs a Pacific Rim office out of Melbourne, looked into broadband in 15 emerging markets, India, Malaysia, Pakistan and the Philippines. The research revealed that emerging consumers are paying far more on average than the rest of the world, despite earning the lowest wages.

Angel Dobardziev, an Ovum practice leader and author of the report on broadband pricing in emerging markets, said: “The cost of broadband in some emerging countries is three times as high as in mature markets, which when coupled with low wages, makes it an unaffordable luxury for all except a small group at the top of the socio-economic pyramid.

“The striking difference in broadband prices in mature and emerging markets means there is a huge divide in terms of uptake of services.”

The Philippines’ competitive broadband market has ensured some of the lowest tariffs among those sampled by Ovum. However, given the country’s low gross domestic product per capita, these broadband tariffs are unaffordable. Wi-tribe’s entry-level WiMAX tariff of $323 is among the lowest WiMAX tariffs when compared to other emerging countries sampled by Ovum. With greater download speed, this also is competitive compared to PLDT’s entry-level DSL tariff of $400.

Dobardziev adds: “The key to making broadband more affordable for emerging markets will be an increase in supply and competition, which is currently modest in most markets and non existent outside the key urban areas.

“However, many markets will require concerted regulatory and policy efforts to increase competition and supply and bring affordability within reach of the mass consumer market. As yet it is unclear how quickly this will happen.”

The other emerging markets sampled in Ovum’s research: 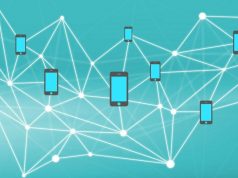 Four Crucial Things to Keep in Mind when Creating a Catchy...