That is the mantra of a new online shopping site that seeks to take advantage of a soaring Australian dollar, which has increased in value particularly against the American dollar, opening up good bargains at stores in the U.S.

Online Shopping USA is the brainchild of James Harris and Ei Sabai Nyo, a duo that already run a technology company in Sydney. In 2004, the Australian dollar was the equivalent of 70 American cents; today, it trades on par or marginally higher, with most of the 42% appreciation coming since the 2008 financial crisis.

The two, with a sharp eye on finance, were quick to recognise the new equation. But when they began surfing American websites to grab some good bargains, they got nowhere. It was difficult to pick up popular brands unless you visited multiple sites. It was harder still to locate good bargains. And then there are the many complexities of online commerce, shipping and customer service. That is when they saw the opportunity to set up a one-stop site for Australians to capture popular American brands and the best bargains.

Soon, Harris and Nyo also discovered an even more significant financial fact that further raised their hopes of building a successful business: the average mark-up on most apparel and footwear at most Australian retail stores is a high 142%, making online overseas shopping even more attractive. Thus was born Online Shopping USA, an online American mall, if you will.

Now, is Online Shopping USA a threat to High Street retailers in Australia?

“It might but it’s too early to tell yet,” Harris said in an email interview. “What our site may do is expose the high mark-ups that Australian stores are applying to goods and level the playing field. Australian retailers have the opportunity to face competition head-on, invest in online retailing and make their prices more reasonable so they are able to compete.”

The two co-founders have used their prior technological expertise in building websites to aggregate a number of online American brands and showcase them under a single site. Still, Online Shopping USA is not for all-comers. It initially targets only the “predominantly Australian female shopper with disposable income” and one who is looking for bargains or branded products not readily available in Australia.

Diamonds on Web and other gems

In any case, the strategy has also led to a limited number of “curated products,” as Harris terms it, on the site.

These still span a broad range – apparel and footwear to computers, watches and even decorative iPad covers. Brands range from the commonplace Levi’s to the rarer Diamonds on Web and JJ Games, among others. Harris has hired four editors who scour American sites looking for bargains and make sure these are picked up for display on the Australian site. Also, the editors strive to list products that are more “competitively priced than Australian retailers” on high street.

So far, fashion items, mostly clothes and shoes, particularly sports brands like Nike and Adidas that are much cheaper in the U.S. are a hit with shoppers, according to Harris. Other popular items are perfumes, cosmetics, electronics and gadgets, with toys likely to gain momentum ahead of Christmas.

Still, there is one aspect of customer fulfillment that may not be fully met. Shoppers are finally taken to the respective American stores for payments, and fulfillment of the orders including shipping will be in the hands of the American stores. “It’s important to note that no transactions take place on Online Shopping USA,” the site warns users. “All transactions are carried out on the destination website, and the purchase, delivery, shipping, returns agreements etc are with the U.S. website.”

Harris says his site pulls “together all the information that customers need to make an informed decision.” These include delivery costs, timing, return policy etc. before the purchase is made. “If a customer doesn’t get satisfaction from a store, we’re able to take it up on their behalf and work with the store directly or the appropriate affiliate network to try and resolve any issues,” he says.

A key question that should grip Harris and Nyo as they target 30,000 visitors a month by Christmas is the fate of the Australian dollar, on whose rise they have built this business model. In recent weeks, the markets have seen speculation that the currency could be vulnerable to weaknesses in the Chinese economy, not to mention some weak Australian economic data.

So, is such a model good for the Australian economy? Or just good for shoppers? 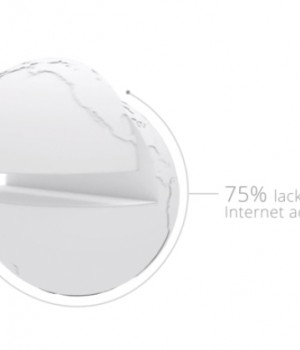