The dynamic trio at Apparition Media continues to blur the line between advertising and art
Thursday, August 13, 2020 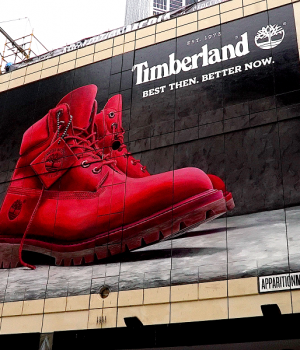 Melbourne has long been known as the street art capital of Australia, producing artists who have gained international acclaim and now ply their trade worldwide. Apparition co-founders, Tyson Hunter, Tristan Minter and artist, Hamish McBride, all from Melbourne’s Fitzroy, have wedded this thriving street art culture to advertisers wanting to connect with the public in a more authentic way.

Led by McBride, Apparition’s mural team breathe new life into the sign-writing discipline that used to dominate high streets. By adding art to pre-existing walls and spaces, the works become intrinsically linked to the streetscape, taking passers-by on a unique journey from inception to completion.

The artworks are painted on premium sites named after famous B-List movie stars littered around the Melbourne CBD and inner suburbs. There is also a site underway in Surry Hills, Sydney. The focus is to create the works in busy areas to maximise exposure of the specific campaign.

Allowing the public to follow the progress of the work in this way means intrigue builds and a connection with the piece develops transcending connections that might be drawn to digital advertising which currently saturates our surroundings. 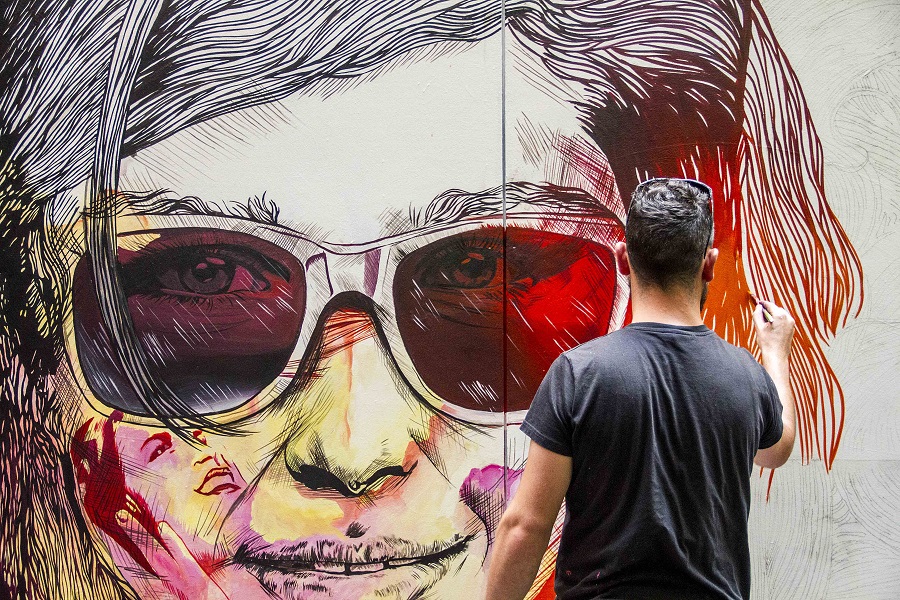 “In an age where everyone else is going digital, we have thrown it back the other way creating a level of authenticity that digital advertising just doesn’t have. The difference is the human element – you just can’t beat it,” says Tyson Hunter, Apparition co-founder.

Since the conception of the business – over a beer in 2013 – the trio have worked with global brands Coco Cola, Deluxe and Nike, and have created murals for the likes of the movie 2oolander (Zoolander 2), the game, Grand Theft Auto and the footwear brand, Vans. 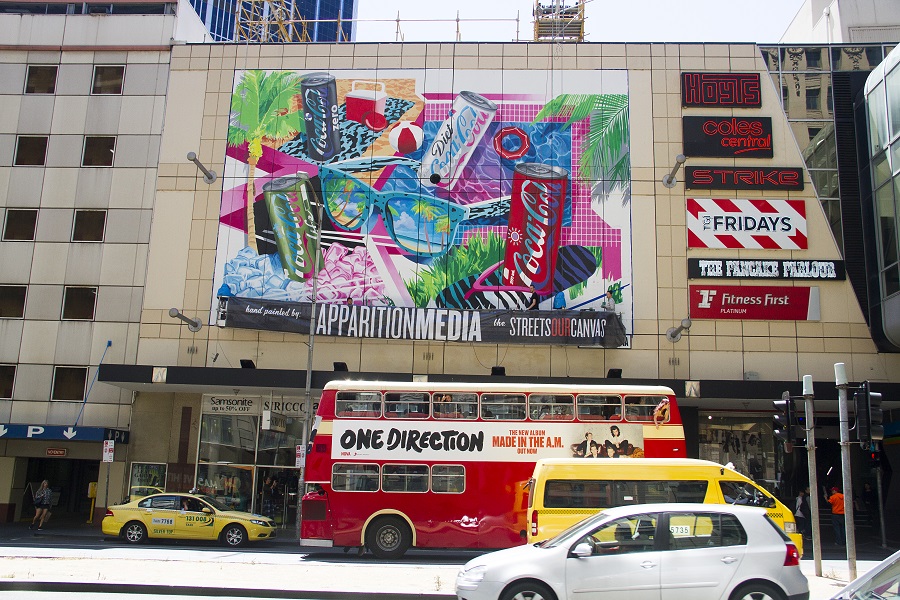 “Our artists are highly skilled in producing murals in a range of styles, from graffiti, to stencils, to highly detailed photorealism,” says Tristan Minter, another co-founder.

“This means that we can accurately replicate existing campaigns or, alternatively, create something unique; we are able to target specific demographics and present brands in a way that enhances their authenticity and credibility with the urban population.

“Our job is to paint walls but what we do is change the way people look at them,” he says.

Another revenue avenue for Apparition is through owning advertising space. From St Kilda and Prahran through Richmond, Fairfield and Fitzroy, Apparition holds permits to walls and wooden hoardings, which it leases out as well as paints.

How did the trio build Apparition Media?

Many things contributed to the idea of Apparition Media. But, something that sticks out for Tyson at least, was a tatty billboard advertisement for a Batman movie located near some government housing where Tyson and Tristan lived in Preston. Tyson thought how amazing the advertisement would look if it were hand painted instead, and the Apparition Media idea took shape. 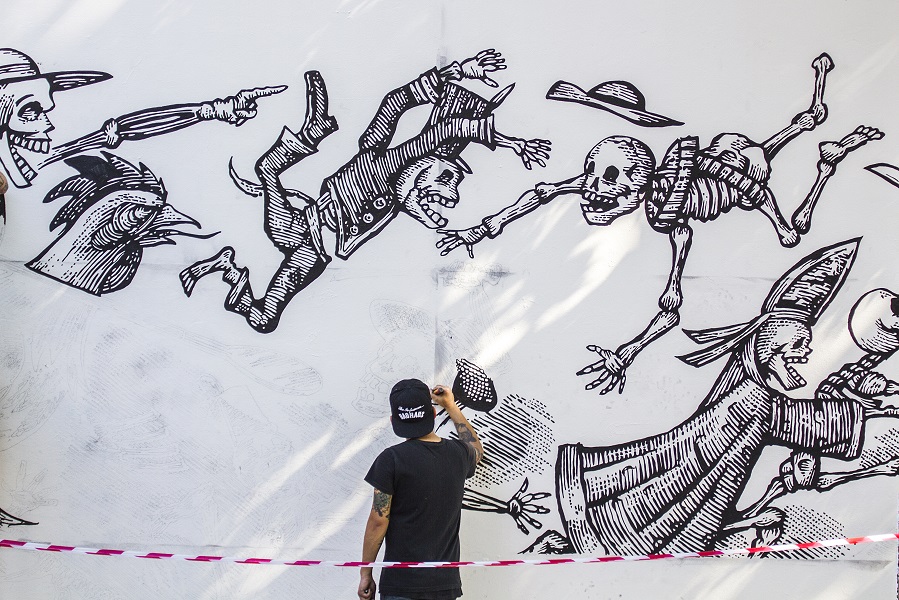 Tyson grew up in Albury and went to high school with Tristan. He double majored in Journalism and Criminology with a minor in Media Studies and met Hamish through a friend while at uni.

Tyson first worked in Sydney and disliked it. It was his first taste of working for an international organisation and the office politics go to him. The “minimise resources and maximize output of those resources” approach he detested and he vowed to never do this if he owned his own business one day.

Whilst living in Sydney, Hamish reconnected with him. Hamish ended up living with Tyson for a while in Sydney. Tyson moved back to Melbourne and both he and Tristan lived and worked in Preston together.

Later, as part of a new role, Tyson spent three months travelling through South America writing a book on the social, political and economic impact of coffee trading throughout Central/South America.

He intended to move to Bolivia to write a book about someone he had met there. Tristan said that if he were to stay instead, then he would commit to Apparition Media (before they had a name for it).

Tyson and Tristan agreed that the best person to team up with was Hamish, since he was the beast realism artist they had seen. Hamish moved to Melbourne and Apparition Media was born. 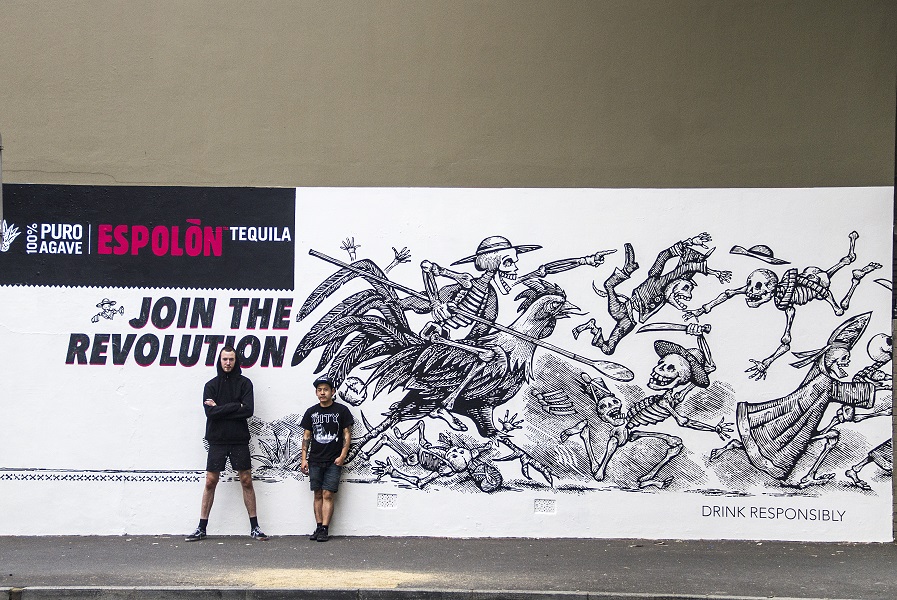 Tristan Minter grew up in country Victoria (Mt Beauty) and became best friends with Tyson after a playground altercation over a girl at high school.

At a young age, Hamish McBride felt compelled to pick up a pencil and paintbrush to give life to his favourite comic book heroes.

This sparked within him a love for art that would grow and find expression in many different shapes and forms. He has explored landscapes, portraits and still life from realism, impressionism and abstract points of view, just to name a few.

His unique ability to capture the essence of reality or imagination has lead him to design interior and exterior murals, as well as backdrops for stage productions.

Check out Apparition Media in action 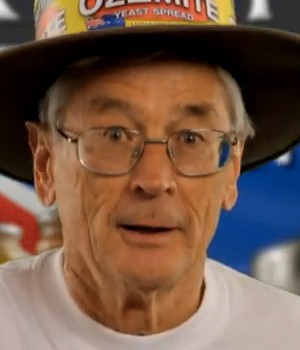