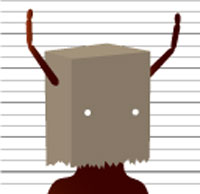 You may well ask, “What’s the point of getting up in the morning? What’s the point of carrying on with our business and affairs when wars and terrorists and avian flu all threaten to wipe us out at any moment, in one quick flash like a passenger on a London Tube?”

Well, hold off the despair for a minute. I have some good news. You don’t have to abandon your offices and factories, flee to a secluded place and build yourself a guarded stockade. The fact is that the world has never been a safer, more prosperous place.

And it’s going to keep getting better.

Now don’t just take my word for it. I’m quoting the UN’s recently released 2005 Human Security Report. In it Professor Andrew Mack from the University of British Columbia states that in the past year there has been a decline in armed conflicts, genocides, military coups and other crises.

The colonial and cold wars have ended, halting the flow of resources and arms from rival superpowers propping up their puppet factions around the world.

There have been no major genocides since Rwanda and the Balkans. Active pressure from the United Nations, the World Bank and the International Monetary Fund, as well as thousands of non-government organisations, has made it extremely unfashionable to act in a warlike manner.

counting the dead and injured

Certainly the London bombings were horrific in their unexpectedness and ferocity. Yet you would have seen a lot more casualties on a single day of The Blitz. On just the first day, 7th September 1940, there were 430 dead, more than 1,600 seriously injured, and thousands more made homeless. This went on every day for 76 days and the final toll was over 60,000 killed, 30,000 of them in London.

By contrast, 52 were killed and 700 injured on 7/7. The point is that although hate and barbarity are still with us, they are harming less people. In short, the world is safer.

This was first pointed out to me six years ago by Dr Jim Cairns. His death last year was a great loss for Australia, but during his final years he would visit Prahran Market about once a month, set up his little stool and card table, and sell his books. For the price of a paperback you could get to talk to one of the great political minds of the 20th Century.

At the time, I took him to task about his latest book, Reshaping the Future – Liberated Human Potential, which seemed to be extremely optimistic about the future of our society. This surprised me.

“I was reading the paper this morning and was horrified by the tales of mass murder and torture in Kosovo just a few days ago,” I said. “It seems like we’ve learned nothing since Auschwitz, that such horrors can still take place in modern Europe. How can you say things are improving?”He looked at me impatiently, like a teacher dealing with a particularly slow pupil. “Can’t you see that what happened in Kosovo was in fact very positive? Here you have communities that have hated each other for centuries. Patriarchal societies where blood and revenge are part of the culture. But this time the world put a stop to what was going on.”

He was right, there, as he was in pointing out that casualties have become political liabilities in the first world. You need only look at the avalanche of antiwar sentiments in every country today.

Dr Cairns went on: “In Kosovo about ten thousand people died. Does that sound a lot? Not when you think that 50 million people were killed in the Second World War and 20 million in the First World War. In conflicts, the amount of killing is actually decreasing, and that is a positive trend.”

Think about it. We grew up under the threat of thermonuclear war. Now the greatest threat is perhaps a terrorist with a dirty bomb. Dreadful, but not likely to cause extinction. As the population gets older, the streets are safer from crime; drink-driving laws have made the roads less lethal. We are far more likely to be killed by lightning than by one of the world’s current conflicts.

Ray Beatty runs Marketing Solutions, a consultancy advising companies on how to turn around their unsuccessful advertising campaigns. [email protected] 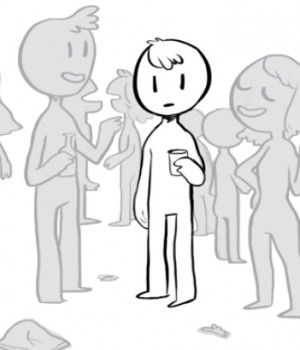