Is the start-up culture of no rest sacrificing what really matters?
Sunday, April 5, 2020 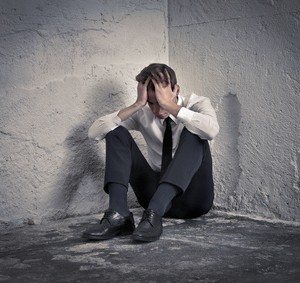 We all know hard work is part of the start-up mantra.

Long hours, big deadlines, after hours networking, dinner with important clients, and hustling hard to get the next big milestone ticked off the plan — this is the reality of the Australian start-up scene.

Sixteen-hour days together with a sincere lack of weekends, holidays and real time away from social media and email underpin start-up life.

It’s a community that prides itself on a culture of over-achievement, tenacity and a ‘never say die’ attitude.

But what price do you pay when downtime doesn’t really exist?

Are we failing so fast we sometimes fail ourselves?

Work-life balance versus get-ahead culture: is this the ultimate smackdown?

No one is arguing the stakes aren’t high in start-ups. It takes great strategy and a lot of hard work at a rapid pace to crack the start-up nut. And even then, there are no guarantees.

However, the knowing smiles about stupidly long hours and personal life blurring into professional coupled with an ‘always on’ approach to management has the potential to kill us. Physically, those long days are doing you a lot more harm than you may realise.

A whopping 47 studies completed in 2015 prove workers who pull the super long hours are 24 per cent more likely to die early from type 2 diabetes, cancer and cardiovascular disease than people who observe a standard work day.

The long hours don’t help the grey matter either.

In 2007, UNSW demonstrated that pulling an all-nighter and going to work the next day gave you the cognitive ability of a drunk.

It begs the question why, when we don’t want people driving cars drunk because it puts our lives at risk, do we want people similarly impaired running Australia’s up and coming companies? That’s some food for thought…

And the bad news doesn’t stop there.

Mental health issues are the elephant in the start-up room.

When prominent American start-up figure Aaron Swartz took his life after a prolonged battle with depression in 2013, the start-up scene around the world sat up and listened.

Indeed, many American start-up founders shared their own battles with mental health issues such as anxiety and depression.

Unfortunately, the message faded as it was back to business as usual.

In essence, the Australian start-up culture is lucky. It’s yet to have that defining moment where someone’s start-up adventure ends so tragically.

But we do know that 17 per cent of all suicides are estimated to be workplace related and that six per cent of Australians encounter extended periods of workplace bullying, which is one of the highest percentages in the world.

So if the standard workplace is giving us some very scary statistics, can you imagine the impact on Australian entrepreneurs?

Isn’t it time the Australian business community took better care of ourselves?

And shouldn’t start-ups, as the innovators and disruptors in the field, take some responsibility for leading that charge?

Disrupting the start-up culture to create a healthier dialogue to boost productivity by lowering stress in the workplace is essential. It stands to reason that we work better when we’re rested, well fed and not an eyelash from a breakdown.

Changing the thinking and creating a different conversation about start-up culture and our working identities is key to making positive in-roads.

We can do this by:

My approach to work is now eloquently summed up by the words of Elizabeth Hyde Stevens, “We want to leave art that is alive as you once were.” Start-ups and business are our art. But it doesn’t mean we should forget the art of living, too.

Rebekah Lambert is a business owner and one of the speakers at ‘The myth of work-life balance in a get-ahead culture’, a panel discussion at the MCA on 7 June 2015 as part of Vivid Sydney, with the help of Beyond Blue, Hacking Happiness, The University of Sydney’s resilience research team and wellness culture.