Posse and Beat the Q have merged into a single digital shopping platform -
Tuesday, January 28, 2020 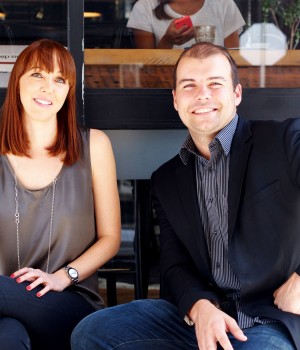 Just because you’re a fan of digital shopping doesn’t mean that you want to have a hundred of these platforms on your homepage. It looks like two of Australia’s most successful shopping startups get the idea and have decided to merge.

Posse and Beat the Q will have a combined business of half a million users, 56 000 shop relationships and handle over 400,000 transactions per month.

Find the shop with Posse, then Beat the Q

Posse, which helps people find recommended shops around them, is signing up over 1000 merchants per week from all over the world and has developed a scalable network of shop owners and shoppers who communicate with each other through the platform.

Beat the Q is Australia’s most successful mobile ordering platform, used by more than 450 cafes and 65,000 consumers who use it to painlessly order ahead and skip the queue. The average user transacts 10 times a month.

What do you get when you merge these two? According to Posse founder Rebekah Campbell, “Posse is all about finding new venues whereas Beat the Q is about transacting at those venues, so the synergies are enormous.”

Investors are feeling the synergies

Prior to the merger, Beat the Q had acquired loyalty app e-Coffee Card in March this year and Posse had raised $1.5M earlier this year. The combined business should see strong growing revenues and further acquisitions in the future.

Marriage is about sharing the same visions

Beat the Q founder Mr Theobald said the market for retail apps was set for a major convergence.

“Consumers and shop owners are being bombarded with retail-related apps from coffee ordering to loyalty programs to bar tab apps,” said Mr Theobald. “We believe consumers and merchants want one app that can do it all and that’s part of the vision behind this merger.”

Ms Campbell said the goal was to create the Uber or AirBNB of shopping; the success of these platforms was in large part because they help people develop relationships as well as transact.

“Our vision is to bring the same connection to shopping. We bring shop owners and shoppers together. We’ll facilitate a seamless ordering and payment experience and we help the people on both sides of the transaction get to know each other through private messaging, recommendations, loyalty and rewards.”

Fans of digital shopping can also look forward to a revolutionary new product very soon, one which includes the best of all three apps (Posse, Beat the Q and e-Coffee Card).

“There’s a lot of excitement around the coming together of the businesses and we’re in discussions with some strategic partners to fund an acceleration of growth,” said Ms Campbell.

We’re looking forward to it.