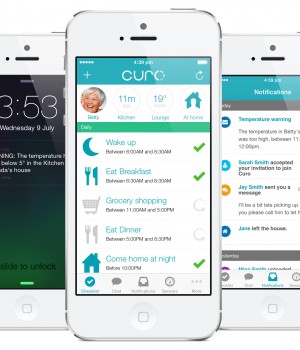 According to the Australian Bureau of Statistics, over 3.3 million Australians are now aged over 65, and in most cases, a family member (usually their adult children) is their primary carer. Despite this, over 90 per cent of over-65s want to stay in their own home as they age.

What problem does Curo solve?

“At its core, Curo relieves the constant worry that many of us have as to whether our elderly parents, who are living alone, are okay – especially when we can’t always be there to check on them,” Curo CEO and cofounder Tim McDougall told Anthill.

He further explained that it addresses the fact that the first questions we ask when we see our elderly family members are almost always about their well-being, but that the questions we really need to ask are often difficult, for example “Are you eating regularly?”, “Are you having trouble getting up the in the morning?”, “Are you getting out of the house enough?”

“Instead, many people (understandably) fall into the traps of either asking very general questions such as “How have you been?”, or being too aggressive or intrusive in their questioning,” Tim pointed out.

“Both options can make them feel harassed, or lead them to bend the truth to avoid worrying anyone, or simply because they aren’t aware there is an issue. In these situations both sides are frustrated, but most of it comes from a worry and love for each other.”

How does Curo solve this problem?

Using completely non-intrusive sensors, that do not require residents to wear anything or change their behaviour in any way, family can be alerted when common issues begin to arise, rather than waiting for an emergency situation.

“For too long we have had to rely on reactionary, emergency focused solutions for the ageing… but we can change that,” Tim remarked.

Curo is designed to collect simple but useful signals without any direct interaction from either side – so we simply confirm that daily or weekly routines are being fulfilled regularly, and more importantly, when these routines are missed or begin to change over time for example if they do not get out of bed on some days or forget to take their medication.

This gives everyone peace of mind: for the family, that the normal signs of their elderly relatives’ well-being are being met; and for the elderly, that their families aren’t constantly worried or harassing them about their daily habits.

How exactly does Curo work?

First, Curo helps you (along with your loved one) to identify the regular tasks or routines you’d expect when things are going well. For many people that can be something as simple as getting out of bed in the morning – but for others it can be much more specific task such as knowing that they have returned home from Bingo before 10pm on a Thursday night.

A few small Internet connected sensors are then placed around the house (usually in the kitchen, hallway, living room and on a set of keys), which report back to Curo regularly. For example, a motion sensor outside the bedroom door, a movement sensor on the medication box, and a door sensor on the fridge or pantry.

Curo arranges these tasks into a checklist of “daily”, “weekly” and “alert” tasks. Most of these are time-based (for example, “Eat breakfast between 6am and 9am” or “Come home before 9pm”), so tasks are effectively “checked off” as the day progresses.

You can log into the app at any time to see the current progress of the day or week (shown with checks or crosses next to each task).

If a task is task is missed or completed later than expected, rather than alerting a call centre, Curo sends a notice or warning to your smart phone or email, prompting you to get in direct contact with your family member and make sure everything is okay.

“Importantly, this all helps you to know which issues to discuss, and when to discuss them. Our key goal is to encourage useful conversation and understanding of the situation for everyone involved,” Tim highlighted.

Also, if an environmental issue occurs, such as the temperature rising beyond a safe range, the app will inform you immediately and encourage you to get in contact immediately.

The new Curo Kit has a launch special of $349 including five sensors, and access to the Curo iPhone app and web service. This set up is ideal for a single person living in a 1 or 2 bedroom home. The ongoing service is $39 per month and has no lock in contracts.

What is the story behind Curo?

Back in 2012, Tim and Matt’s grandfather, Graeme, who was living in country Victoria and about two hours drive from the closest relative, started to show signs of Alzheimer’s.

“As you can appreciate, having an ageing family member living independently was quite stressful. Not just because we were worried about Graeme’s safety, but also concerned about his general well-being and quality of life. The only way to get any feedback on our grandpa was to ask him, which of course had two problems,” Tim shared with Anthill.

“Firstly, we were asking someone showing early signs of Alzheimer’s whether they’ve been getting out of the house regularly and eating properly – a wasted conversation.”

“Secondly, we spent a lot of time harassing him by phone to see whether he was okay. Rather than speaking as a family, each family member would call him directly to check in.”

“This meant he was receiving multiple phone calls everyday asking the same questions over and over. The outcome of course was that it was extremely uncomfortable and frustrating for him and stressful for the family.”

However, they soon realised that there are a few signals in their grandpa’s daily routine, which if they were aware of, would reassure them about his well-being and hence not have to hassle him, for example if he had his morning tea or if he took his evening medication.

And then in 2012, they started to notice Internet of Things (IoT) sensors popping up in places like Kickstarter and Tim says this was where the idea of Curo was born.

“Whilst we saw this explosion of connected devices as inevitable, we got excited because these devices, whether by design or by accident, double as monitoring solutions. That is, while they could accept instructions (think turn off, turn on) they can also tell us about the use (it was turned on or off) of powered devices and activities in the home.”

“The ability for a home to report on its environment and resident behaviour is the first part of what makes Curo possible.”

However, they soon discovered that at the time, the sensors really weren’t ready for the consumer market, they were still toys for developers and hobbyists and therefore not yet reliable enough.

Fast forward to end of 2013 and mainstream companies like Belkin started releasing IoT consumer products. This gave them the confidence to build their platform around IoT.

The brothers both took a few weeks off over Christmas 2013 to see whether they could build a proof of concept using this off the shelf hardware and upon successfully doing so, agreed to leave their jobs and try and build the real Curo.

In February 2014, they left their jobs and have since self-funded their start-up right through development (building a prototype, researching about independent living and aged care, soft launching in June) and now fully launching. 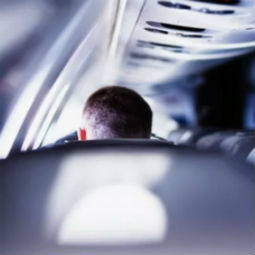 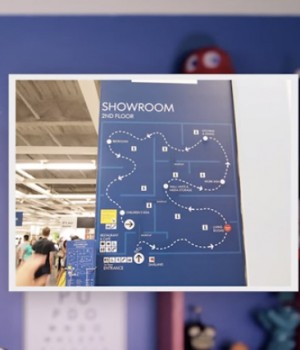