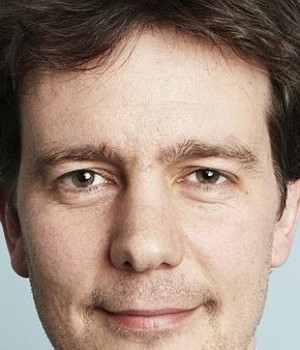 People Analytics company Culture Amp, which counts many of the big boys in new tech such as Airbnb, Uber, Pandora, Adobe, Pinterest, Warby Parker, Lyft, Etsy and GoDaddy among the companies using its platform, recently announced that it has closed $6.3 million in Series A funding.

This round is led by Palo Alto-based Felicis Ventures, London-based Index Ventures and Sydney-based Blackbird Ventures. As part of the investment, Felicis Ventures managing director Wesley Chan, founder of Google Analytics, will join the Culture Amp board.

“Our platform has grown to date through word-of-mouth,” said Culture Amp co-founder and CEO Didier Elzinga (pictured above). “With this investment, we want to accelerate development of our technology, and expand our marketing and sales efforts.”

As far as why they were funded by three different VC firms in three different countries, Didier told Anthill, “We’ve been a global company from the outset, working with companies in Australia, the U.S., the UK and beyond.”

What problem is Culture Amp solving?

“Culture Amp has swiftly become indispensable to heads of talent and CEOs, because for the first time they can understand in real time what makes their people tick,” said Aydin Senkut, founder and managing director at Felicis Ventures.

“We are excited to back them because there is nothing more important than retaining and motivating key talent at every successful company now.”

Second only to finding and hiring the right employees, retention has been one of the biggest challenges for start-ups and established companies alike, with the costs associated with low-employee engagement running as high as $550 billion a year.

“Regardless of where they are headquartered, companies are more eager than ever to retain key talent because, as our most recent Benchmark Report indicates, even employees who are happy with their jobs say they do not imagine staying with their current companies for more than another two years,” Didier pointed out.

“These and other insights mean that retaining and motivating talent is more important than ever, so the surveys that Culture Amp delivers to employers, no matter where they are based, are a highly valuable tool to become more aware, to understand in real-time, and to be more responsive to employee engagement,” he added.

How is Culture Amp solving this problem?

Didier explained that Culture Amp fills the gap between one: traditional survey consulting firms that provide in-depth but slow and costly services, and two: simpler platforms that allow companies to rapidly create surveys, but are short on context or analysis.

He revealed that people are most impressed when they first see that the platform is up and running in minutes, and that you could literally launch a survey the same day. The results are in real-time and they can be delivered at all levels of the organisation.

“How we ask questions, how we visualise the results, and how we use those results to change the culture – that’s what we bring to the table,” he stated. “This isn’t just about throwing data at users – we carefully analyse and present the data to guide them in understanding and acting on it.”

“We provide training and support to set up the surveys and analyse the results; and we have a world-class set of benchmarks available to all our customers, which is complemented by sophisticated analytic techniques that identify what’s behind the results,” Didier explained.

“And we are not just an engagement survey, but a full analytics platform that our clients use for everything from engagement and pulse surveying to onboard/offboard and more specialised surveys such as Management Effectiveness and candidate surveying.”

The company, which was started in Melbourne in 2011 and has since expanded to include offices in San Francisco, has surveyed more than 100,000 employees in the last 12 months and more than 60,000 of those are in new tech fields.

What is the start-up story behind Culture Amp?

Prior to founding Culture Amp, Didier was the CEO of the Hollywood vfx company Rising Sun Pictures. “We grew from six people to over 150 and I learnt the hard way a lot of the lessons that come with fast-paced growth,” he shared.

“After working in film for 13 years, I decided that I wanted to make a bigger difference to the world – and that the thing I was the most passionate about was people and culture.”

Didier moved to Melbourne and initially worked on the idea on his own, but after a few months, he was fortunate enough to meet, in a co-working space, the three people who would become his co-founders: Jon Williams, Rod Hamilton and Doug English. 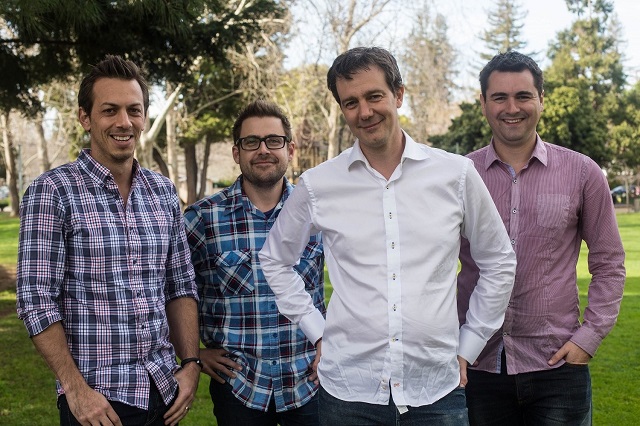 “I am a software developer by background, but they were hardcore engineers and architects who had come to the same conclusions I had about culture,” he told Anthill.

“We worked side-by-side for six months and then collectively said, “Shouldn’t we be working together?” Bringing them on board was the best decision I ever made.”

Two pivots and lots of learning later, Culture Amp hired their first employee (and now Chief Scientist Dr. Jason McPherson) based on the belief that whilst the last decade has been a torrent of innovation in marketing, no tools existed for people to get the same sort of insight and data into the people side of business.

“If brand is a promise to a customer, culture is how you deliver on it – and we thought there was a huge opportunity to help companies better understand and act on insight in that area.”