How many companies can categorically state they are growing at a rate of more than 500 new customers per week? Very few? We thought so, too.

Freshview is a small software company selling email web applications to more than 40,000… no wait, we received this application six weeks ago, make that 43,000 customers, in 100 countries.

With growth like this, they automatically registered on our cool-dar. Then we saw among these customers names such as Apple, Facebook, Twitter, Nike and eBay, some of the edgiest and most innovative companies in the world, pushing the needle to the limit.

Freshview was founded in 1999 by Ben Richardson and David Grenier during the last year of a Computer Science degree at the University of Wollongong.

Freshview’s first software product, and its current flagship, Campaign Monitor, was originally designed as a side project but quickly began generating more revenue than the main focus of the business at the time – website development and consulting. By 2004, the consulting had been outsourced to other management and Campaign Monitor was Freshview’s focal point.

With only six full-time staff and revenue’s between $2m-$5m (export making up over half of this revenue), Freshview’s numbers are also looking pretty cool. Projections for the next financial year also see the company doubling their numbers across the board.

Freshview takes a relaxed approach to work, assuring us that no one ever works more than eight-hour days, weekend work is completely against company policy and, as a team, they make sure they take one day off per month to do something fun, such as surf lessons.

What we really like about Freshview is that it is a company that does what it does, nothing else, and does it really, really well.

In fact, better than pretty much anyone else.

And if that isn’t cool, we don’t know what is. 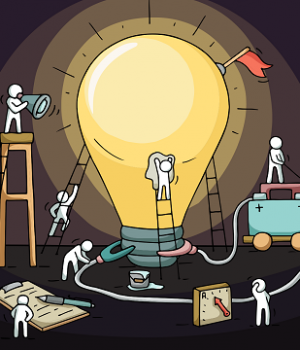