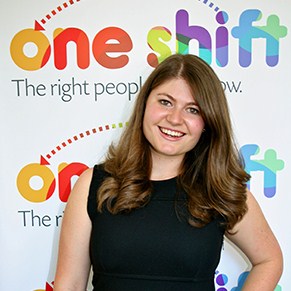 While travelling through Europe in 2012, Genevieve George and many of her friends found it difficult to find temporary work. That’s when she realised there was a gap in the market, and upon returning home, she decided to launch OneShift, her first business.

“It’s an online jobs platform that’s actually very similar to a dating website in that job seekers and businesses are automatically matched with each other,” Genevieve explains.

“We use technology to save businesses money and time and help them source employees who are better matched to the position.”

Genevieve, who is a 2013 30under30winner, revealed to Anthill that since last year’s awards, she has managed to convince Programmed, an ASX-listed staffing and recruitment company to invest $5 million into her business, to supercharge its growth.

This was just weeks before her 23rd birthday, and just 16 months since launching.

This shot in the arm has enabled OneShift to grow their local business to a point where the platform is now used by 35,000 businesses and 300,000 job seekers and launch in NZ.

And speaking of OneShift’s New Zealand launch, Genevieve further revealed that opportunity knocked during that time and she wasted no time opening the door. “We were directly approached by First Line, a New Zealand morning TV show, to announce the launch. Two days later we were on a plane!”

However, it hasn’t been smooth sailing throughout.

Genevieve disclosed that she suffered her biggest setback happened when they decided to do a UI re-design, after weeks of feedback from businesses and job seekers.

“While this was happening, we decided to cut 75 per cent of marketing spend to reduce the interaction with users. This was a big call as it reduced growth in our user base as well as our ability to spread brand awareness,” she shared. “However, it has enabled us to use that ‘extra ammo’ to put out our new website quicker and more efficiently.”

Even in the start, getting OneShift off the ground wasn’t easy.

Genevieve says convincing her loved ones to back her idea was more of a battle than most people imagine. “In many ways, convincing my family and friends to invest in my business and buy into my idea was harder than securing the $5 million from Programmed.”

On what motivates her as an entrepreneur, Genevieve remarked, “There is something incredibly satisfying about seeing your idea grow from a concept to a thriving business that there is a genuine demand for.”

“I get inspired by the disruption we are creating, because it means we have found a better way of doing something. Every transaction we make proves this further and validates the concept. We have massively reduced the cost and speed of recruitment and used technology to improve outcomes for businesses,” she added.

“Knowing my idea has sprouted into something that is actually benefiting large amounts of people on a daily basis is about the most rewarding thing I can think of.”

Passion. Because it drives the business, the team and I.

Use the Tweet button at the top of this page. Your tweet will say: Congratulations Genevieve George, Anthill 2014 30under30 winner! 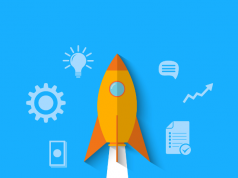