The twisted saga of the Coca-Cola Happiness Machines continues.

Last year, Anthill TV shared a couple of spots from the soft-drink giant that clearly were designed to go viral — but didn’t. Both featured a tricked-up soda machine installed on a university campus. With the aid of friendly (creepy?) Coke staff hidden behind the machines, the students got everything from free drinks to cupcakes to bouquets.

The students’ “happiness” seemed forced and a little stagey, as if they were making merry just to go along with the gag. In short, the commercial was like a can of Coke left in the sun too long — flat.

But what do we know? The campaign is doing well enough for Coca-Cola that they’re keeping it rolling with a Happiness Truck.

The one in this ad parks in a neighborhoods in Rio de Janeiro, Brazil. And by gum, the result is a commercial that’s less appetizing than the university spots. There’s something about the long lines of people snaking from the back of the truck that makes us queasy (here’s another one, filmed in Marikina, the Philippines). 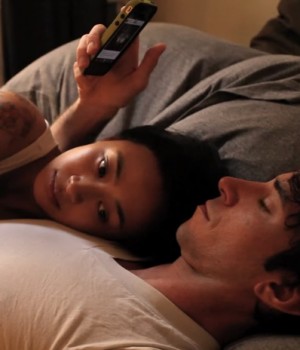