Home Articles Clean is the new green
Facebook
Twitter
Google+
Pinterest
WhatsApp
Not so long ago, cleantech was an indulgence reserved for tech geeks, fringe-dwelling eco-activists and latte liberals crusading against their own existential guilt. Today, cleantech is on the brink of mainstream adoption, with a ready market of consumers eager to reduce their impact on the environment. Australia has no shortage of clever researchers churning out world-class cleantech innovations. But do we have the entrepreneurial flair to capitalise?
Paul Ryan investigates.

HEY, have you heard the one about

how a technologically-advanced, geographically-isolated nation with a modest population base consistently produced world-class R&D innovations, only to license or sell them off to foreign companies for a song and miss out on the spoils of several emerging boom sectors? If you haven’t, you really should. It’ll have you in stitches.
Despite no shortage of promising ideas and R&D, it’s fair to say that Australia missed the boat on the last two hot global technology sectors: the dot-com boom and the global biotech bonanza. Australia didn’t produce any really big dot-com companies (perhaps LookSmart, if you’re feeling generous). And the downturn in the global biotech sector a few years back caught many Australian biotech start-ups unprepared, short of funding, short of market-ready products and, for many, out of business. And they were the ones that actually tried to commercialise their own technologies.
As the dot-com and biotech journeys illustrate, opportunities in emerging technology sectors don’t last forever. Timing is as important as access to global markets and sufficient funding.
Now we find ourselves at the juncture of yet another new technology boom – this one sure to be more profound and sustained than any in recent memory. Will we learn from the mistakes of the past and ride the cleantech wave all the way to shore? Or will Australia’s promising cleantech sector be stymied by the usual suspects: small domestic market, lack of access to serious funding, intervention by the powerful lobbies representing the primary industries that have underpinned our national prosperity?
Internet and cleantech market opportunities compared
SOURCE: FAST COMPANY
Mention the name Dr Zhengrong Shi to participants in the Australian cleantech sector and many will wince involuntarily at an opportunity lost. Shi earned his PhD in 1989 from the University of NSW’s School of Photovoltaic and Renewable Energy Engineering, which is acknowledged globally as being at the forefront of solar technology research. In 1995, Pacific Solar, a co-operative venture between the university and the Pacific Power company, was established to commercialise the thin-film technology he worked on at UNSW, which uses 100 times less silicon than conventional cells. Shi continued to develop the technology in Australia until 2000 when he was lured back to his native China with an offer of $US6 million to establish a conventional photovoltaic solar cell manufacturing plant. The resulting company was Suntech Power, which listed on the New York Stock Exchange in December 2005 as one of the leading solar cell manufacturing companies in the world, making Shi a billionaire. In 2004, Pacific Solar was acquired by German company CSG Solar, which now has worldwide rights to commercialise UNSW’s thin-film technology. And once again Australia was left in the lab.
As the Australian Institute of Commercialisation’s Rowan Gilmore points out (p18), if you think this couldn’t possibly happen in today’s Australia, think again.
Bridging the gap

Ivor Frischknecht is Investment Director at Starfish Ventures, which holds one of the more prominent cleantech portfolios of the Australian venture capital firms. In the past he has been critical of the Howard Government for not doing enough to foster cleantech companies in the face of the powerful coal lobby. With the change of government, Frischknecht says we are still in the wait-and-see period with regard to possible policy shifts. 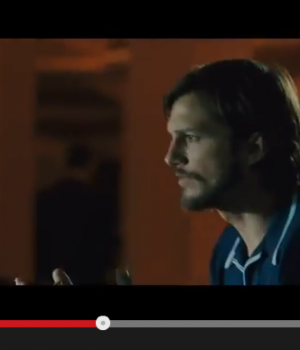