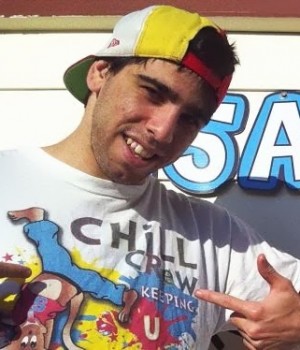 Chris’ entrepreneurial flair is evident in the roots of his business, Snowy Joey, which he founded at the young age of 17. From his pocket change, Chris has built an empire out of snow cones; a difficult to scale and seasonal business, now made professional and reputable.

Having already featured in news articles for his milestone achievement of giving back $100,000 to the public in sports clubs and schools, Chris is best known for growing his business beyond small scale events while simultaneously managing to support the community.

Working with organisations such as Telstra, the Queensland Reds, Suncorp, Kids Early Learning Centre and Griffith University highlights Chris’ huge reach and ability to generate big business. Yet, over nine years, he describes his greatest achievement as being the numbers of smiles his snow cones have brought to children’s faces and the ability to donate towards education in Australia.

Chris’ entrepreneurial achievements began when purchasing a newspaper advertised snow cone machine and turning it into a million dollars worth of sales. Continuing to thrive, Snowy Joey has remained literally one of the ‘coolest’ businesses around.

“Breakdancing. It requires creativity, endurance and commitment. All of these factors have a direct correlation to being a top entrepreneur. Whoever has trained harder, can think faster on the fly, listen to the music and hit every dance move on the beat will win. If you listen to your customer, give them what they want, train hard and think fast you can win as an entrepreneur too.”

USE THE TWEET BUTTON AT THE TOP OF THIS PAGE. YOUR TWEET WILL SAY: CONGRATULATIONS CHRIS VON WILPERT, 2015 ANTHILL 30UNDER30 WINNER!