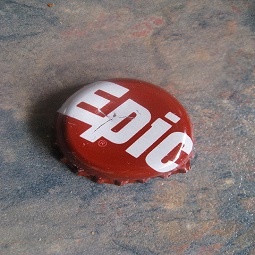 Recently, two Startup Weekend events have wrapped up in Australia.

These events place would-be entrepreneurs in a 54-hour crunch to pitch, plan, and produce a new product or service. The format is global, with happenings going on all over the globe on an almost monthly basis.

So, why should you go to the next one in your area?

Well, let’s take a look at our recent winners and, hear from one of the first-place prize winners about what it was like.

What happened and who won?

As we previously reported, Startup Weekends are all about working hard.

The 54-hour event has seen all-night coding in past sessions, and the recent Adelaide winners report working 40 of the 54 hours of the event.

Liam Darmody of Startup Weekend Adelaide winner, DataMunch, had this to say about the heavy (but worthwhile) workload of the weekend:

“Over the course of the weekend, the DataMunch team put in early mornings and late nights. By the end of the event, we had nearly worked 40 hours and have continued working on the startup since. Exciting times ahead!”

Is it worth it?

Darmody says the experience at the November event was a very positive one.  Asked about the impression left on him and the DataMunch team by the Startup Weekend event, he had this to say:

“For two of us in the DataMunch team, it was our second Startup Weekend. The other half of the team was new to Startup Weekend and the community at large. It was a pretty exciting weekend for all involved.”

“We went through numerous ups and downs, and benefited greatly from the mentors that kindly offered their time. It’s amazing how much an idea can progress over a weekend. The intensity and sheer pressure along with the support from the community is vital to its success.”

Darmody, along with the rest of the DataMunch team – business consultant Roger Noble, IT professional Ben McNamera, and University of Adelaide adjunct lecturer Claire Richardson – were the winning biz at Adelaide and Darmody describes the crew’s business, saying:

“DataMunch is as much an ideal as it is in idea. While asking a question is simple enough, accessing the data to answer it usually isn’t. There are plenty of disparate datasets out there, but finding them is time consuming.”

Other finalists from the Adelaide event include:

What happened in Brisbane

Brisbane hosted a Startup Weekend event the same weekend as the one in Adelaide.  Winners from that event include:

It could be you, too!

Got an idea you’ve been sitting on for too long? Got nothing of your own o pitch but want to help others build a business? Well, you are in luck. Startup events around the region are scheduled for early next year, including several across New Zealand:

So, what are you waiting for? Whether you are way out west, or just looking for an excuse to hop a jet to Kiwi-land, why wait? You could be the next new Startup Weekend success story.

For more on Startup Weekend events here, there, and everywhere, check http://startupweekend.org