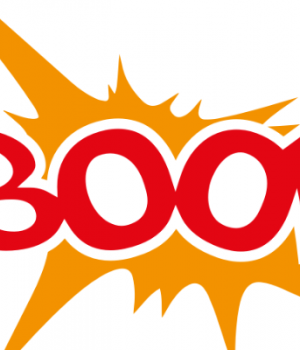 The recent federal budget certainly has a number of positives for businesses, but the May 3 announcement doesn’t go far enough to turn Australia’s ideas boom into an implementation boom.

Fast tracking business tax cuts for SMEs, kicking off on July 1, is certainly a positive. The small business tax rate will be reduced from 28.5 per cent to 27.5 per cent, and the turnover threshold increased from $2 million to $10 million. While big business will not see immediate tax cuts, the government has committed to getting all businesses down to 25 per cent in the next decade.

Unincorporated businesses haven’t been left out. For SME’s with turnover under $5 million, the unincorporated tax discount increases from 5 per cent to 8 per cent, and will progressively increase to 16 per cent over the next 10 years.

At the other end of town, the big multinationals are also in the spotlight, for very different reasons. An operational task force will be formed, with more than 1,000 specialist staff to crack down on multinationals avoiding tax through offshore operations. With increased penalties, if these measures are effective, the result will be an additional $3.9 billion in revenue in the next four years.

Investments in small businesses could be seen to be a strategic play. The last 10 years have taught us that there is no such thing as too big to fail. The average life span of an S&P 500 company is now estimated at just 15 years. In the next 20 years, there will be fewer big corporates, and more start-ups, more small businesses, and more freelancers. Medium size businesses are also likely to decline over the next 20 years, as we are about to enter the business exit tsunami, as a generation of baby boomer business owners look to exit their businesses, and supply will substantially outweigh demand.

It’s not all gloomy though

I must say it is certainly promising to hear Treasurer Scott Morrison reinforce the need for Australia to move away from a focus on mining, to a more diverse economy. I have certainly spoken before about my passion for helping Australia to pivot from the industrial age to the entrepreneurial age, and in this respect, Morrison’s words are positive, but the budget somewhat contradicts this intent.

I’m in two minds about the investment in the continuation of the shipbuilding industry. Living in South Australia, part of me wants to celebrate any initiative that will cushion the blow of the decline in our local automotive industry. However, investing in yet another industrial age industry seems to me unlikely to yield continued economic growth, or even stability, in the long run.

If our governments continue to prop up industrial age sectors rather than investing in entrepreneurial age opportunities for growth, then the writing is on the wall. Current forecasts suggest that Australia will fall out of the G20 by 2050, and this may be inevitable, but we’re certainly not helping ourselves if we don’t face the harsh reality. Morrison himself is certainly presenting an optimistic view – his forecast is an increase in GDP from 2.5 per cent in FY15 to 4.25 per cent in FY16. Now I always see the glass as half full, but this forecast certainly seems overly optimistic.

In terms of the Innovation Statement, there’s not much new to report beyond Turnbull’s Ideas Boom plan launched last December. Six months down the road, unfortunately none of these initatives have been implemented as yet. Tonight’s budget did include $200,000 to promote Australia as a fintech hub. Given that financial services is Australia’s largest sector, and the banking industry is well and truly ripe for disruption, a focus on fintech is a no brainer. There are multiple exciting fintech start-ups gaining traction around the country – definitely an industry to keep an eye on, and worth supporting.

It was also positive to hear reinforcement of some of the Innovation Statement initiatives, including the commitment to create a regulatory sandbox to test new entrepreneurial ideas, as well as the boost in funding to support commercialisation at CSIRO.

Most of the funding in the $1.1 billion innovation statement was for research and government projects. Limited funding was provisioned for programs for growth in the private sector or start-ups. Ideas are nothing without implementation, and the modest, $8 million investment in STEM education was certainly a positive. STEM professionals will certainly be in hot demand in the coming years.

However we also need to upskill our students, our entrepreneurs, our leaders and our employees in how to implement innovation. It’s not enough to say that we need to develop a culture of risk taking, we need to educate ourselves on how to manage risks and when to take risks, because in 2016 we’re still at risk of standing still.

Right now, I believe that Australia is reaching a tipping point, where it is riskier to do nothing, it is riskier to keep doing what we’ve always done, and innovation is our safest bet. There are certainly a number of positives in the recently released budget, but I’m not sure that it will be enough to turn ideas into results.

Jenny Vandyke is the author of The Innovation Recipe: Key ingredients for world-class results in big business 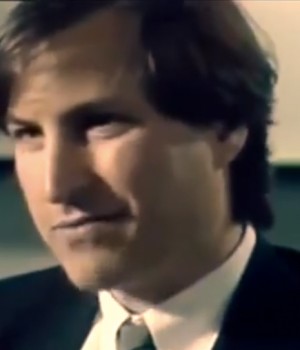