Any start-up that’s had to raise funds via Angels and VCs will tell you it’s a white-knuckle ride.

Independent game development studio Bubble Gum Interactive (BGI) is no exception. The Australian start-up’s tales of capital raising include near-hypothermia, an encounter with Interpol, and a handwriting analysis test (that they passed and scored $100k.)

Given that the company is due to launch it’s very own virtual world in late-2011 – a social, multiplayer online game for children called Little Space Heroes – all the trials and tribulations have paid off.

But what advice do the founders have for other newbie companies looking to raise moola for their entrepreneurial endeavours?

“We worked a lot before we sought funding… as we knew it was better to have a prototype that we could demonstrate rather than just show ideas or thoughts,” BGI founder Phil Mason says.

“The founders contributed the seed funding ourselves. [Then] we started our round one capital raise September last year, and only recently closed the round in August.”

“One of our VC investors chipped in their share based almost entirely on us doing a handwriting test. After reading our proposal, they asked us to write 100 impromptu words on any topic we like so that they could analyse our handwriting,” Mason says.

“The key team did this and the writing was sent away for analysis – to where and by whom we have no idea.”

“The VCs didn’t want to go through detailed due diligence or crunch our numbers – they called us one day and said we’d passed and we secured their investment. Next thing we know there was $100k in our bank!”

“Another VC made us present to them outside, in the middle of winter on a freezing day. The VC was very rugged up and warm but we’d kind of expected to be pitching indoors in a meeting room.”

“Needless to say we were shivering away as we pitched. We’re still a little suspicious as to whether that was a test, to see how we could cope under a tough situation. When we went back for the next meeting we made sure to rug up!”

But wait, there’s more [and this one’s a doozy…]

“Surprisingly the online investment networks are prone to various scammers. It’s not really the network’s fault, and after being approached by our fair share of these, it seems very difficult to police,” according to Mason.

“Generally the scam is that they try and charge you money for insurance and legal expenses related to setting up a loan for you. During one of our reference checks, the consulate in question ended up warning us that the person’s investment company and their passport were completely illegitimate, referring us and the matter to Interpol.”

“It was pretty wild, but also really disappointing — you are already so financially vulnerable as a start-up, it’s sad how many scammers are out there trying to fleece entrepreneurs.”

According to BGI director of marketing and community management, Paul Gray, the company’s journey has otherwise been similar to many start-ups – a lot of long hours and stodgy take-out.

“The team put in a huge amount of work in true start-up fashion – working on nights and weekends to pull together the plans to build the business from an idea into something real.”

“We all contributed a lot of sweat equity and ate a lot of pizza!”

Initially the company focused its capital raising efforts locally, tapping into existing networks for ideas and advice. After which, BGI started reaching out to the Australian VC and Angel community.

“Their proximity and ability to provide advice and support as well as funding was attractive, and so it made sense to raise locally,” Mason says.

While BGI went on to secure funding from international sources, including a Singapore-based VC and international Angels, the majority of their investment stems from local sources.

“We’re really grateful to the Australian Angel community; it’s inspiring to see the investment culture growth here and support for entrepreneurs, particularly in early stage where the risks are higher. It wasn’t like that ten years ago.”

BGI found that good contacts could be made even out of less-than-stellar pitches.

“We had a disastrous day on our pitch to the Sydney Angels when we couldn’t show a demonstration of our game or even a video.”

“We had to wing it and were fortunate enough that one of the Angels present reached out to us in the coming days to arrange time for another demo and discussion.”

“Their participation got the ball rolling and really inspired others in the Sydney Angel network.”

“I think any entrepreneur who makes it through their selection process and receives funding should count themselves really lucky.”

For other companies intending to approach Angels and VCs, cap in hand, BGI advises first being able to clearly articulate the market opportunity and capitalisation path.

“You need to show that you understand where the market is, where it’s going and what it is that customers want. You have to explain why the customers you’re focused on would want to consider and then buy or use your product,” Gray says.

“Entrepreneurs will also need to show that they have a very real and clear plan on how to execute on their strategy.”

“On top of all that, my last word of advice would be to stick with it. You will inevitably get many more rejections than positive outcomes, but every successful business today would have had the same experience. Stay positive, stay focused, learn from your mistakes, nurture your team, and work hard to achieve your goals.” 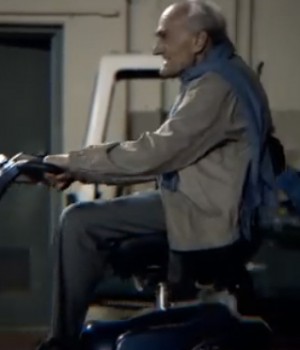