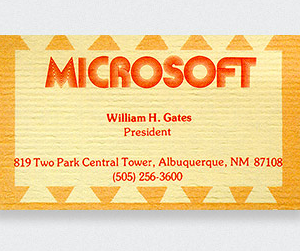 What is a brand?

To be clear about what we mean by brand – it is more than a mark emblazoned upon your butt. It is a word that tries to capture your entirety in a single syllable or, perhaps even more precisely, it is the feeling that is evoked when someone thinks about you.

Brand then is inseparable from your business.

Perhaps it is best thought of as the left hemisphere, the creative part of the enterprise. It delivers the movement and light while the right side deals with the numbers. Together they make the whole.

For example, as a company delivering our services over the ether, the way people experience our product on their phones and at the desks will define our brand.

Our objective is craft this experience to convey feelings of:

Our brand should be associated with simplicity, security and empowerment.

Where to start creating a brand?

Given the intimacy between brand and business, it is inevitable that brand development begins the moment you introduce your idea to others.

We discovered this by accident very early in our thinking when we commissioned an online tournament to design a logo.

As the process unfolded, we began to not only get a better idea about what we were trying to do but, also how others interpreted it. The iterative brainstorming with designers from across the globe delivered a single image that was already loaded with meaning.

The really useful thing was that we were then able to use this logo through our market testing.

While our JQuery Mobile mockups may have been relatively crude representations of the concept, the embedded logo added an element of cohesion to the process. It made it easier to test for more than the success of our UI – we were testing demand for the concept itself.

The net result is that within a relatively short period of time, the brand of Geddup had begun to take shape. And, it had become synonymous with an orange balloon.

We like the balloon because it’s symbolic of what we are trying to achieve. We want Geddup to offer an uplifting experience, freeing our users from the shackles of overwhelming, chaotic communication. The balloon appeals to the carefree child in all of us.

But once we had made the decision to proceed with Geddup, we quickly realised that we would need a more refined vision of our brand.

We needed depth and context to complement the functionality that we had in mind. This is when we brought in our expert brand designers. The impact was immediate.

While we were reluctant to lose our balloon breaking out of the box, the easy recognition that the new design offered was clearly superior. Most importantly the new logo worked on small scales and large, and in our new corporate colour and in silhouette. It was simple, clean and light.

When Microsoft was a startup

But as noted, brand is more than your logo.

For example, another interesting aspect was our choice of font. We had vaguely suggested that we’d like something friendly and early 19th century – both retro and futurist at the same time.

Our Creative Director, Russell Mann suggested Souvenir, an art nouveau font created in Germany around 1905, so coupled with its homespun serifs it fitted our request pretty neatly.

But there was a problem. It seems that some people don’t like Souvenir. Font scholar, Frank Romano has a particularly jaundiced view:

The problem seems to be that in the 1970’s, Souvenir grew in popularity until it reached saturation point. It was everywhere from Hungry Jacks to Playboy, Dungeons & Dragons to the Bee Gees. Another font critic, Mark Batty, caught the mood in saying Souvenir is – “A sort of ‘Saturday Night Fever’ typeface wearing tight, white, flared pants.”

We were taken aback and questioned the wisdom of adopting a font that was ranked 7th in the most hated fonts of all time. But, our Creative Director argued differently. Besides, it worked for Bill Gates.

The thing that we hadn’t considered, in amongst this outpouring of contempt for a font, is that our key target audience are parents of children aged 5 to 15 years old.

This means that typically they are children of the 1970’s. They are imbued with bell-bottoms, sideburns and crazy big hair even if they were not old enough to have them.

In Australia, one of the most recognised brands remains “Life. Be in it”. It was a get-into-life campaign born out of the 1970’s and its font? Souvenir.

The light went on, we could benefit from the almost subconscious nostalgic association. We chose Souvenir.

Up, Up & Away – getting set for launch

Our brand is now permeating the digital landscape of Geddup.

Our website echoes the simplicity of the logo – as does the video that welcomes new visitors to the site. Importantly, the app draws on these same strengths and we like the point of difference that comes with using a font that has gone out of fashion.

It is still early days for Geddup.

We are in beta and rapidly evolving to meet prospective clients’ needs. No doubt our brand will change too. Still we’ve come a long way from the single-celled idea we began with. Being nominated as a finalist in the Best New Product category of the 2013 Australian Mobile Awards is testament to that.

Maybe one day we’ll get to take to the skies in our brand – now that would be style.

Rohan Clarke is the Founder of Geddup, a communications platform that simplifies the way we engage with organisations – making them more accessible, more responsive and more integrated with our technologies. It’s secure and spam free – you choose who communicates with you. And it gives more control over personal information by enabling you to choose what is shared and with whom. 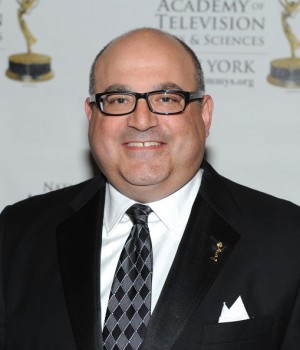