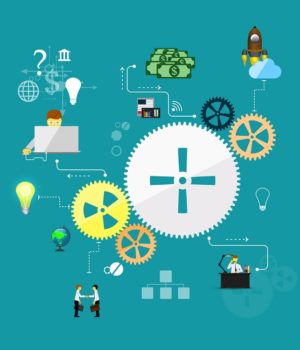 Right now, trade between Asia and Australia is reaching into new markets with exporters in Australia spotting and grabbing new opportunities every day. China represents a massive number of opportunities for lucrative trading.

In turn, this exciting climate is attracting the attention of FinTech investors. FinTech, or Financial technology, can be defined relatively simply. It’s any technology or innovation that could be seen as replacing or competing with traditional methods in the delivery of financial services. In essence, it’s digital services or products that help finance and trade run more smoothly across global markets.

The sheer distance between different trading countries is making FinTech ever more essential in today’s fast-moving world. Trade between countries like Australia and China where language, time differences and cultural mis-matches prevail, rely on clever FinTech to help everything run like clockwork and to optimise profit.

Despite only being open to global markets since 1949, China is now catching up and reaching out to countries all over the world for the products its population craves as its economy (the world’s second largest and fastest growing) heats up.

There are a number of trading areas where China and Australia make perfect partners. China’s huge and growing population needs fine wool – a valuable opportunity for Australian farmers and traders. The Asian country also needs meat – something Australia has in spades.

This month, China has again overtaken South Korea to become Australia’s largest export market with an all-time high of 20,629t. Most of this beef was exported as a frozen product. This demand can only rise; by 2050, China’s population of 1.4 billion is expected to grow to 1.9 billion.

So, what are the opportunities here for those looking into FinTech as an investment route?

In Melbourne, one FinTech company, Nauticus Blockchain is typical of those operating at present. This is dedicated to achieving low cost, borderless financial transactions – exactly what those trading between Australia and China will be seeking in upcoming years.

Although the company only launched last year, it has already established a strong digital presence and trading on its currency exchange is underway with 17 currencies (including AUD) available right now. Investing in Nauticus, and firms like it, could be a wise choice for those hoping to cash-in on burgeoning Australia-China relations.

As with any investment, there’s more than one way to invest in FinTech. As well as investing in new technologies and start-up companies, there are opportunities to invest via crowdfunding sites. New legislation from the Australia government is expected over the next few months and this will allow websites to raise capital through crowdfunding for the FinTech services and products.

Already, the FinTech industry has attracted the attention of savvy investors. Between 2014 and 2018, venture capitalists globally seriously upped their funding with $69 million of funding coming from that source in 2017 alone. The following year, 2018, that figure was surpassed by 396%, rising to $343 million. These figures illustrate just how lucrative FinTech have the potential to be.

As with any trade interdependency, the success of China-Australia relations will rely on a healthy dialogue and carefully thought through logistics and supply chains. However, the more successful the relationship becomes and the more intertwined the two countries’ fortunes are, the happier you will be as a FinTech investor.