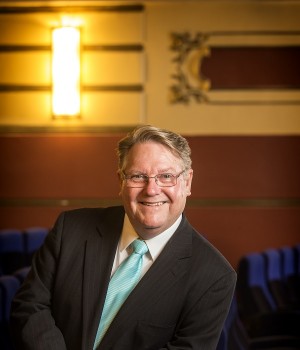 The team that brought cinema on demand to Australia have launched a new, globally scalable platform that will enable independent filmmakers to negotiate a multi-country release in one, single deal.

Demand.film will incorporate world first technologies to the benefit of film makers, cinema owners and the public alike. The platform has launched with a raft of new movies and screenings in the UK, Australia and New Zealand, and with interest from other countries to take the platform and its offerings.

David Doepel, one of the driving forces behind Demand.film, sees the platform as providing the world’s largest cinema chain, without owning one cinema. “We expect Demand.film to be the next evolution in cinema distribution. Having fine-tuned the cinema on demand sector over the past several years, we’ve come to understand how it can really work for filmmakers, audiences and cinemas.”

“We have seen how this innovative approach to distribution has had a positive impact on the industry and now we’re looking to innovate the innovation. This has become our personal mission and it is what is shaping our strategic direction.”

What exactly does Demand.film do?

Andrew Hazelton, an LA-based director of the company says “Cinema managers will tell you the truth, on the quiet nights they’d be lucky to get 10 people for some sessions. We have been averaging 120 people on these quiet nights, with some sessions achieving sold out performances of 800 people paying full price. Such is the power of crowd-sourced cinema on demand.”

Independent and niche movies can now compete alongside the huge marketing budgets of Hollywood blockbusters to create word of mouth that sells tickets.

Any person or organization can sponsor a film listed on the Demand.film site, create an event around it, and then use their own social media network to sell tickets to their friends and online community. Demand.film, in turn, reserves the theatre, manages ticketing, and ensures the delivery of the film. Once the ticket threshold is reached, everyone just sits back and enjoys the show.

David comments: “Demand.film doesn’t cannibalize patronage from Hollywood blockbusters, it actually grows the market by attracting new movie goers to quieter times of the week with different kinds of films.”

What has Demand.film been up to lately?

While the Demand.film team are keeping the details and innovations of the new platform close to their chests for the moment, but say the upgraded functionality is designed specifically with filmmakers, audiences and cinemas in mind.

“We’re incorporating some fantastic financial tech (fintech), which includes Blockchain technology. This will be complemented by new dashboards that can be married to social media campaigns and other social media activity. While this all seems very complicated, the platform has been designed to be very easy to use and to be nimble,” commented Barbara Connell, VP of Operations/Development based in Perth, Western Australia.

“For cinema owners and audiences, there will be a new app that will streamline the cinema experience.”

A new site needs new films and Demand.film is not disappointing. It is launching in New Zealand with the empowering body confidence film, Embrace. In Australia, New Zealand and the UK, the newly launched site features the current world #1 chef Massimo Bottura’s movie against food wastage, Theatre of Life. And in Oceania, UK and Europe Josh Fox’s film, How to Let Go of the World (and love all the things the climate can’t change) is featured.

“Demand.film’s offering will be curated; our team will continue to travel the globe attending all the major festivals and markets as well as collaborating with the world’s top distributors to source the very best, independent movies and documentaries we know will hit a chord with consumers and will work on the platform.

“So many great films these days are being released straight to SVOD (Subscription Video On Demand) and TVOD (Transactional Video On Demand) never to see the inside of a packed cinema house with an appreciative audience seeing it the way the filmmaker intended: theatrically.  These great films deserve a wider release beyond their film festival debuts around the world.  Demand.film intends to change this for good,” concluded David.

What is the story behind Demand.film?

David told Anthill more about his innovative company in the email interview below.

What inspired you to start?

A conversation with a filmmaker in 2013 (prior to launching the company). Despite being willing to support (with personal appearances and aggressive promotion) the film she had in theatrical release, the traditional financial structure of her distribution deal gave her zero incentive to do so. In fact, promoting the film would have cost her money for which she would not be reimbursed. It seemed to us that there might be ways to create a distribution eco-system that rewarded and incentivized people – particularly filmmakers – to promote their product.

Over the years that nagging idea led us to license a cinema on demand platform and then to build and launch our own; hence demand.film. The platform leverages the principles of crowdsourcing and the sharing economy to deliver an altogether new way to see films in the cinema – on the big screen, with big sound and an appreciative community – the way the filmmaker intended.

Who are your competitors in this niche? What sets you apart from them?

There are two main players in the US: TUGG and Gathr. In the UK, it is Ourscreen and in Australia: Fan-force. In Europe previous attempts to launch similar services have been tried, but have not gained sufficient traction. These include: We Want Cinema and Gokino.

We have focused on creating a curated, truly global, scalable solution. Much of the innovation is in the back-end, to mainstream operations and better integrate with cinema operations. This includes: leveraging blockchain technology to increase transparency and improve reporting; and influencer marketing strategies. All the while we are keeping our focus on finding great cinema-worthy films that benefit from the physical cinema experience.

How has Demand.film been funded so far?

Start-up and seed funding has come from the West Australian State film agency, and continual reinvestment of all revenues into growth and innovation (approx. $500,000 in total). Currently, we are involved in a $3 million dollar pre-IPO capital raise.