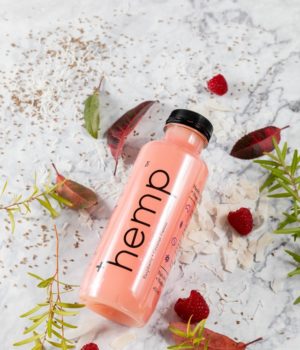 Natalie Moubarak, the 32-year-old founder of +hemp, has grown the brand – selling more than 100,000 units of the scientifically formulated beverage in just 11 months, with 427 Australian stockists. +hemp has also expanded into the lucrative UK and US markets since late last year.

+hemp is Australia’s first-to-market hemp-based water produced from high-quality Australian-grown hemp and formulated using only natural ingredients[1]. It was launched in late 2018, just 10 months after hemp was legalised as a food in Australia in November 2017, following a major review by Food Standards Australia New Zealand. Hemp is a strain of the cannabis plant but contains negligible traces of tetrahydrocannabinol (THC), the psychoactive and hallucinogenic chemical in cannabis.

Founder and director of +hemp Natalie Moubarak says: “We’ve experienced strong growth and uptake of +hemp since we launched last September – with 46 retailers when we first launched to now being stocked in 427 retailers across Australia. It’s been exciting to also see our product hit the shelves in the US and UK – being stocked in cafes, lifestyle and wellness stores.

“The huge success of our first +hemp water proved testament that there was interest and demand for a high-quality true hemp water, so it was only a matter of time that we released a new flavour. We’re thrilled to launch our coconut and raspberry flavour Restore this month and seeing the response we get from our customers.”

What is the story behind +hemp?

Natalie’s journey was not an easy one, with extensive research and several rejections before her product soared.

Prior to the legalisation, Natalie followed the journey of hemp-based foods and banked that hemp would soon be legalised as a food. She visited multiple hemp farms across Australia, spoke with hemp industry experts and food technologists on how to process hemp with water. She also sourced hemp oil that contained nil levels of THC.

Along the way however, she faced multiple setbacks and rejections from beverage manufacturers, distributors, food technologists and social media – but Natalie persisted. Just days after the product was launched, +hemp was stocked in 46 retailers – including selected IGA supermarkets and BP petrol stations – and within the first few weeks 35,000 bottles had sold.

Eleven months on, Natalie has now sold more than 100,000 bottles of the original +hemp beverage, Hydrate, has expanded globally with retailers in New York, Beverly Hills, Bermuda and London, and has 427 stockists nationally, including all major IGA supermarkets, Dan Murphy’s online, South Australian supermarket chain Foodland and more convenient stores and cafes. She has even had to relocate to a bigger warehouse and office due to outgrowing the initial space.

This month, Natalie has released Restore, a natural raspberry and coconut flavour that is expected to boost sales even further. Similar to Hydrate, which has natural nutty and citrus flavour, Restore will be rich in omega-3 and omega-6, and contain antioxidants, amino acids and Gamma Linolenic Acid.

It will be formulated with all-natural ingredients including raspberry and coconut natural flavour, natural colour for the vibrant rose shade, organic Australian hemp seed oil and natural emulsifiers. The natural emulsifiers enable the hemp oil to mix with the reverse-osmosis filtered water in the drink.

Natalie says: “Despite hemp being legalised, and containing no hallucinogenic properties, I’m still faced with issues such as merchant facilities not allowing payment transactions of hemp-food products. PayPal is the only payment system I’ve found that allows it. My Facebook Business ad account also continues to be disabled, so I’m unable to advertise on Facebook or Instagram.

“It’s been really frustrating and difficult to find ways to market +hemp as the framework for advertising and payments is not keeping pace with the entry of hemp products into the market. We need to see progress in this space, both in Australia and globally, which will allow hemp products to be sold easily and advertised.”

Natalie is forecast to sell a combined total of 166,000 units of Restore and Hydrate by the end of the year. 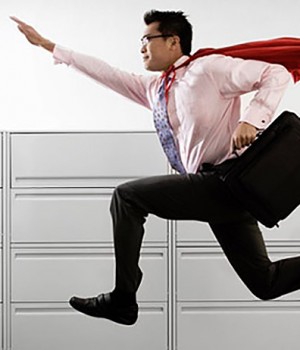