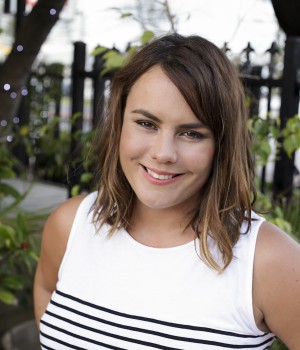 Headquartered in San Francisco, The Creative Collective is Indiegogo’s only AU/NZ partner. The Creative collective also works with Ready Fund Go, a newer crowdfunding platform that is dedicated specifically to Australian projects.

“We have worked with a variety of crowdfunding platforms, but we know that the best platform for reaching global audiences is Indiegogo,” says founder of The Creative Collective, Yvette Adams (pictured).

“If the client is targeting an Australian audience, we can recommend ReadyFundGo after seeing their success in the market.”

Founded in 2007, The Creative Collective has offices in Newcastle, NSW and Sunshine Coast, QLD, and works with clients throughout Australia and New Zealand.

Adams says that “with increasing competition in the digital marketing space, we have been actively looking for ways to make our clients successful, and crowdfunding provides new, inventive ways of raising visibility.”

What is the story behind The Creative Collective?

The company’s first venture into crowdfunding came earlier this year when a 21-year-old entrepreneur from Lithgow in regional NSW approached them just nine days before his intended Indiegogo campaign launch with hopes of raising $20,000AUD to manufacture the world’s smartest wireless earphones.

Most recently they worked with a young Brisbane couple, Steve and Angela, who had spent six months recreating the original Alice in Wonderland manuscript “Alice’s Adventures Under Ground”, under a license they negotiated with the British Library. In just 30 days they raised over $100,000 in sales, with The Creative Collective assisting with PR & social media components.

The Creative Collective is building momentum quickly and has a strong pipeline of crowdfunding projects. The company has also commenced working with Australia’s largest developer of electronics, E3 Style headed by EY Entrepreneur of the Year Vanessa Garrard who will launch a range of tech products via crowdfunding platforms over the coming months in a bid to disrupt the retail space.

“We love crowdfunding campaigns because they require a complex strategy, integrated marketing, and a lot of hustle during the campaign itself, and you can get amazing results if you play your cards right”, says Adams’ business partner Katrina Lees. “We particularly like working with tech products as they excite all audiences and tend to easily reach their goals.”

So what are the keys a successful crowdfunding campaign according to The Creative Collective?

“Contrary to popular belief, it’s not just a case of coming up with an idea, throwing up some pretty graphics and some copy to a crowdfunding platform and hoping for the best,” explains Adams.

“Successful crowdfunding requires a well thought out marketing campaign and working with a team who know the nuances of crowdfunding marketing.

“There are essentially four key stages of a campaign: build, tease, launch, update. In an ideal world we’d be talking to people at least four to six weeks prior to a proposed campaign launch and we’d be looking at what assets they have to work with i.e. brand, website, social and database.

“If these are not in shape the first phase involves getting them into shape, and then the storytelling begins. We want to build anticipation and momentum towards the campaign launch, and get all our marketing messaging and assets together i.e. videos, press releases, imagery for social, the campaign tiers/perks etc. Then it’s all hands on deck throughout the campaign to ensure we are helping it reach its full potential.”

The Creative Collective also have a free eBook with more tips on crowdfunding available here.