The team that brought cinema on demand to Australia and New Zealand four years ago is excited to announce its expansion into North America. This impressive next step in the company’s development increases its potential audience to more than half a billion movie goers and makes it possible for the films available on the platform to be shown on over 15,000 screens.

Formerly known as Leap Frog Films, the company was started with a singular goal: bring innovation and positive disruption to the theatrical film distribution business. They pioneered the cinema on demand concept in Australia and New Zealand four years ago and launched Demand Film in August 2016 to grow and develop the business into a truly global on-line, cinema on demand platform servicing the film-going public worldwide.

The North American launch adds the USA and Canada to the platform’s current offerings in Australia, New Zealand, the UK and Ireland. Additional territories will be coming on line in the coming months and the site www.demand.film will enable half a billion people around the world to do exactly that: demand film.

‘The AirBNB of cinemas’

Part of the growing trend of ‘event cinema’, the business model is something akin to being ‘the AirBNB of cinemas’. Demand Film ‘utilizes’ low yield nights at the cinema and crowd-sources audiences to those cinemas with a unique offering of cinema-worthy films. It is estimated this trend will be worth a billion dollars globally by the end of the decade.

“Our business model is now averaging 129 people per movie screening on quiet nights such as Mondays and Wednesday, when cinemas would be lucky to get even 10% of that number,” said David Doepel, Demand Film Managing Director. “Furthermore, these tickets are being sold at premium prices, not at a discounted rate.”

“From the get go we have imagined being in multiple markets. We estimate that the theoretical limit for top-line revenue in Australia in the core business of event/crowd-sourced cinema is about $12 million AUD. The global business is at least ten to fifteen times that. We have modelled our growth based on actual performance in Australia and then extrapolated that to other markets taking into account population and movie ticket prices. This approach sees significant uplift for the company: the UK market is 2.5 times the size of Australia; Canada is 1.5 times the size and in the US, Florida alone is equivalent to one Australia. Revenue growth is exponential while expenses are incremental and linear.

“However, it’s far from a cakewalk and there are considerable barriers to entry into each new market. Otherwise somebody else would have already done it. No other company in the cinema on demand space is genuinely operating in more than one market let alone half a dozen.”

“Our platform just completed its first ever test screening in LA and it was picture perfect! We already have more than one hundred requests to host screenings in the US and this is without any promotion or marketing, so we’re ready to hit the ground running,” said Andrew Hazelton, EVP Global Business who is based in Los Angeles and leading the North American rollout.

For the North American launch, Demand Film will feature a dozen exemplary and idiosyncratic films, each with an easily identified target audience. The company has fostered relationships with leading online influencers for each target audience who will help drive ticket sales. The ability to identify these influencers and then turn their endorsements into a profitable box office is why the platform has been so successful elsewhere in the world.

Le Ride: follows Phil Keoghan (US host of The Amazing Race) and his friend as they attempt to recreate the exact route of the 1928 Tour de France on original vintage steel racing bikes with no gears and marginal brakes.

Baxter and Me: A thought-provoking documentary that asks the question: does your dog actually love you or is it simply playing with your heartstrings to gain food?

Defiant Lives: The rise and triumph of the disability rights movement in Australia, the UK and the US. The film will have its North American debut at a special screening at the United Nations on June 14.

Hippocratic: Dr Raj is a small man with a big dream: a pain-free India. His mission is to bring ethical practice to modern medicine through whole person care and universal access to essential, but heavily restricted, pain medicines.

Wilbur – The King in The Ring:  A comedic documentary about an ex-professional wrestler and his ambitious filmmaker best friend. One undergoes gastric sleeve surgery in order to climb back in the ring and the other insists on capturing the whole thing on film.

Voyage of the Southern Sun: Adventurer of the Year, Michael Smith discovered the delights and perils of true adventure in a solo circumnavigation of the globe in his tiny, amphibious flying boat: The Southern Sun. His journey retraced historical Qantas, Imperial and Pan Am airmail routes and the glory days of 1930’s aviation. 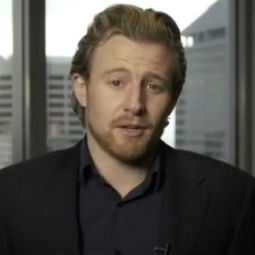 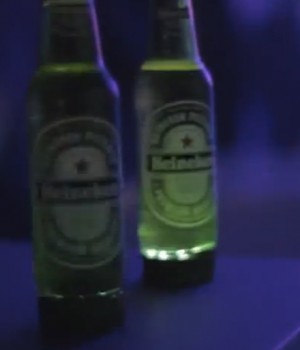