Australian workforce among the most optimistic and mobile in the world -
Tuesday, January 26, 2021

The June 2011 Randstad Workmonitor index ranks the Australian workforce as one most optimistic and the most mobile workforces in the world. Could there be a correlation?

Australian optimism ranks third in the world, falling only behind to Chinese and Indian workers. The index also found out that only 7% of the Australian workers are worried about losing their jobs while 10% are actively looking for a new one.

“While Australia’s relatively high level of mobility could be concerning for some organisations, there is an upside,” said Randstad AU & NZ CEO, Fred van der Tang.

“When employees are more willing to change jobs, it means employers have a strong chance of securing the right talent to suit their organisational objectives.”

According to the CEO, companies must invest in employer brand if they’re looking to attract and maintain the best talent which can be difficult when workers are highly mobile and are on the move searching for better opportunities.

“As the economy continues to strengthen, it will prompt further labour market mobility, making it even more critical for organisations to build and maintain a strong employer brand. Those with the best brands will reap the best rewards,” Fred van der Tang added.

According to the Workmonitor, Australia ranks second in employee work satisfaction in the Asia-Pacific region with 71%, falling only behind India with 73%. An indicator that globally is led by Denmark and Mexico, both with 83%.

The index also reveals that 60% of the Australian workers are focused on getting a promotion. Globally this indicator is led by the Mexican workforce with 87% looking for more responsibility while on the other side of the scale are the Danish with only 30% seeking a promotion.

The Workmonitor also stresses the impact in the labour market of the decline in population growth and the retiring “babyboom” generation, a problem that contributes to the increasing war on talent, with companies having difficulty in filling their vacancies.

“To tackle future shortages on the labour market, we continue to facilitate all forms of transition and mobility of employees: socially, professionally and geographically,” stated Ben Noteboom, CEO Randstad Holding. 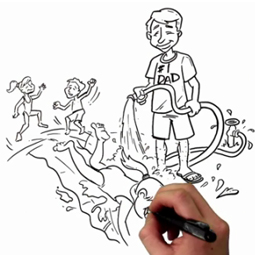