A disclaimer: This article has absolutely nothing to say about entrepreneurship, lead development,  marketing savvy or small business in general. But it’s just too freakin’ cool to pass up.

Check it out: With help from an Australian telescope, an international team of scientists extracted data from a quirky little quasar and concluded that cosmic dinosaurs called radio galaxies were far more powerful than originally thought. These mega-size black holes sent out radio-emitting jets that transmitted energy to gas that formed the raw material for the creation of stars.

It turns out this “microquasar” — a small black hole called S26 — is a nifty analogue for the powerful radio galaxies and radio quasars, which scientists say are nearly extinct today. S26 spits out jets of radio particles, just like its big grand-daddies did.

S26 is nested inside a regular galaxy — like a Russian doll — in the Southern constellation Sculptor. It’s only about 13 light-years away from us.

Earlier this year, lead researcher Manfred Pakull of France and his team studied S26 with optical and X-ray telescopes.  Now they have made observations with the Compact Array radio telescope near Narrabri, NSW.

The Compact Array, which belongs to the Commonwealth Scientific and Industrial Research Organisation (CSIRO), confirmed that S26 could be used to determine the behavior of the much bigger black holes.

The study was made possible by a recent upgrade to the Compact Array, which can now do work of this kind about five times faster than before.

“Measuring the power of black hole jets is usually very difficult,” said Roberto Soria of University College London, who carried out the radio observations. “With this unusual object, a bonsai quasar in our own backyard, we have a unique opportunity to study the energies of the jets.”

Using the combined optical, X-ray and radio data, scientists determined how much of the jets’ energy went into heating the gas around it and how much went into making the jet glow at radio wavelengths. They concluded that only a thousandth of the energy was used to create the radio glow.

“This suggest that in bigger galaxies, too, the jets are about a thousand times more powerful that we’d estimate from their radio glow alone,” said Tasso Tzioumis of CSIRO Astronomy and Space Science. “That means black hole jets can be both more powerful and more efficient than we thought, and that their heating effect on the galaxies they live in can be stronger.”

As we said, freakin’ cool. (And a special Friday gift for the geek in us all.) 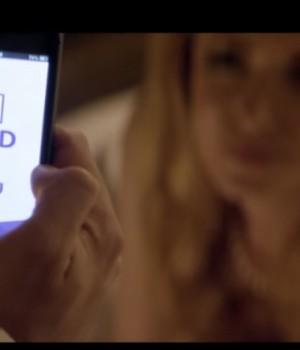 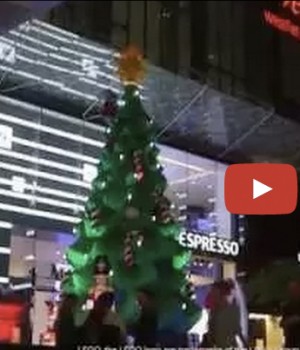