QUT Creative Enterprise Australia (CEA) has announced that the opportunity to participate in Virgin StartUp’s mini-accelerator program has been added to the prize pool for the winner of its annual creative-tech pitching competition Creative3 Pitch.

CEA’s Creative3 Pitch is Australia’s only pitching competition approved to send an Australian startup to be part of the exclusive Virgin StartUp program. The successful startup will have their participation fees, flights and accommodation covered to work alongside Virgin StartUp’s mini-accelerator program StepUp.

As in previous years, the winner of Creative3 Pitch will also travel to Copenhagen to represent Australia as part of the global initiative for creative entrepreneurship and innovation, the Creative Business Cup.

“We continue to drive firsts for the Australian creative industries ecosystem, and we’re proud to promote the winner of Creative3 Pitch to work with Virgin StartUp in London and the Creative Business Cup in Copenhagen,” says CEA’s acting CEO, Mark Gustowski.

“Virgin StartUp are renowned for their track-record of driving entrepreneurs, creating jobs, developing cutting-edge products and systems, and strengthening the creative economy.”

“The businesses that we have seen come through Creative3 Pitch in the past have had enormous potential, and we want to continue to nurture them by bridging the gap between creative startups and early-stage investors.”

CEA will run workshops and coaching for startups looking to apply for the Creative3 Pitch to maximise the pitch from each participant. Up to eight applications will be chosen to participate in the pitch semi-finals in July, with four businesses progressing to the final of Creative3 Pitch.

Creative3 Pitch forms part of the annual Creative3 conference, which will be held in Brisbane on September 2017 this year. Applications for the Creative3 Pitch are now open and will close on June 26.

Storyboard Social is a photo sharing app that allows you to post photos tied to a particular geography to share a story, rather than a snapshot. Storyboard won the Creative3 Pitch in September last year and went on to represent Australia at the Creative Business Cup, where the business placed 13 out of 65 countries.

In 2017, Storyboard Social was chosen by CEA to become the first Australian business to attend Virgin StartUp’s mini-accelerator StepUp.

Founder Darren Tonkin says: “From winning Creative3 to being the first Australian company to be part of Virgin StartUp’s bootcamp, the last 10 months have been an absolute whirlwind.”

“I’ve met entrepreneurs from around the world, been introduced to royals, and had opportunities I would never have expected to experience this early into Storyboard’s journey.”

“Creative3 has really helped me hone in on what I want to do with Storyboard, not just in terms of how I want the platform to operate, but from a business perspective as well.” 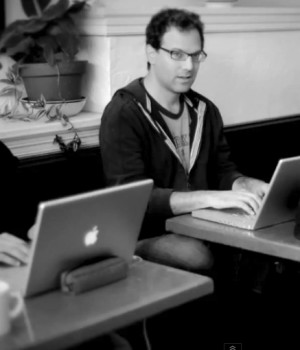