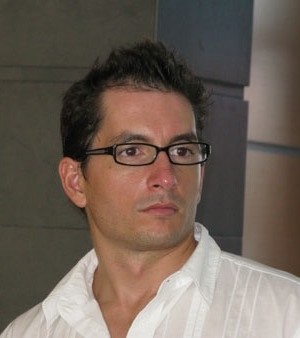 Australia’s first hyper-local social media network, Nabo, recently successfully completed an additional round of funding from investors Seven West Media and Reinventure, an independent venture capital firm backed by Westpac. The amount raised in this round remains undisclosed though.

Nabo enables residents, community organisations and community groups online to instantly and directly connect with others within their own private, local community.

“Nabo was born from the understanding that most Australians don’t know their neighbours, nor engage with them regularly,” founder and CEO Adam Rigby (pictured) told Anthill about the motivation behind his start-up.

“While most people feel that mateship and community is intrinsic to Australian culture, a lot of those real-world connections aren’t happening on a daily basis,” he pointed out.

How well do you know your neighbours?

Nabo has the potential to build stronger, safer and healthier neighbourhoods by creating community engagement, a shared voice and a greater sense of connectedness.

It allows residents to stay in touch with what’s happening in their neighbourhood, and to share local news, recommendations and events with other residents.

The network is already active in 4,500 Australian suburbs (which is 30 per cent of all the neighbourhoods across the country) and has attracted strategic partnerships with community-based organisations around Australia such as Crimestoppers Queensland, City of Perth, and Queensland Urban Utilities to provide important public service information to local communities.

What does this funding mean for Nabo?

Rigby says the funding will allow Nabo to continue to improve its platform and build a way for neighbours to connect both online and offline.

He also highlighted that this second round of funding is a strong endorsement from Seven West Media and Reinventure, who were the social network’s initial launch partners, of the progress Nabo has made since it launched in December 2014 as well as their core vision and ability to achieve it.

The start-up previously raised $2.25 million in funding in December last year from the two investors and also recently acquired AroundYou, an Australian ‘what’s on’ website, helping them improve their offering by providing a more comprehensive guide to local communities across the country.

Who is the man behind Nabo?

A seasoned internet and social media entrepreneur, Rigby is a familiar name in the world of successful online business and start-ups.

He previously co-founded Australian group-buying website JumpOnIt, which was sold to LivingSocial in 2011, after which he was appointed CEO of LivingSocial Australia and NZ.