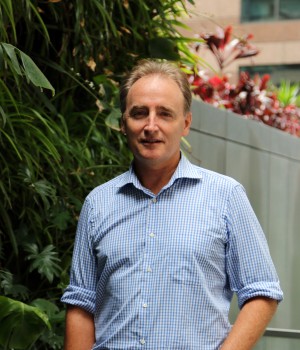 Founded in 2011 and based in Wollongong, CriticalArc is a leading safety technology solution used by organisations at 70 locations in the Asia Pacific, UK, Europe and Middle East to proactively manage security, personnel safety and emergencies effectively through a cloud and mobile-based command and control system.

The funding round values CriticalArc at $12 million. A total of 11 investors raised nearly $1 million for an 8.3 per cent stake in CriticalArc, accessing a funding round that otherwise would not be available to them.

The fundraising for CriticalArc brings the total number of successfully completed equity crowdfunding capital raises through VentureCrowd to eight, with a further three startups ready to launch on the platform over the next few weeks.

Equity crowdfunding is on the rise in Australia

The successes prove the validity of equity-based crowdfunding, which has been restricted by legislation that limits involvement to sophisticated investors who meet government criteria. Legislation to open this funding method to retail investors is expected to be passed by the Australian Government in the coming months.

“VentureCrowd has been operating for more than a year now, providing startups with the crucial capital they need to grow and thrive, and CriticalArc is yet another great example of that,” said Rob Nankivell, VentureCrowd CEO.

VentureCrowd founder Jeremy Colless said, “Australia continues to lag behind comparable jurisdictions in allowing retail investors to participate in these investments. VentureCrowd should be able to make these pre-screened high growth potential opportunities available to all Australians, not just the wealthy.

“Opening equity crowdfunding to retail investors could lead to a $300 million increase in early stage venture capital in Australia over the next three years.

“Along with new sources of venture capital from the Significant Investor Visa (SIV) program, continued growth of corporate venturing and signs of renewed interest in domestic venture capital investment by superannuation funds, Australia may become a great place for entrepreneurs to launch and grow globally scalable technology companies.