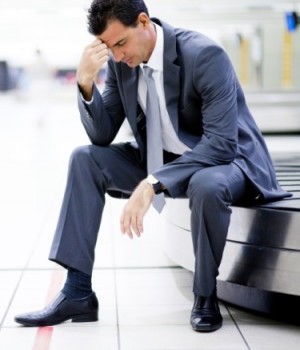 StartupAUS, a not-for-profit entity that supports Australian tech start-ups, recently released the Crossroads 2015 report, which reveals that despite positive developments over the past 12 months, Australia continues to under-invest in catalyzing high-impact entrepreneurship and supporting its start-up ecosystem.

The report further notes a dramatic fall in the government’s provision of matching capital to support start-ups, with the Innovation Investment Fund abolished in last year’s budget and the Entrepreneurs Infrastructure Program having only half the funding for start-ups of Commercialisation Australia, the body it replaced.

We really need to pull up our socks… and keep them up.

How badly is Australia doing with start-ups?

Compared to our regional neighbours, Australia is performing poorly.

New Zealand is extending its network of government supported start-up incubators, innovation precincts and funding programs for start-ups. In fact, Wellington is even wooing our tech talent across the Tasman!

Further afield, the UK is delivering a multi-billion pound suite of pro-start-up programs. Meanwhile, Australia still lacks a coherent innovation strategy, and has reduced its investment in knowledge economy initiatives at a time when almost all other developed economies are increasing theirs.

Suzanne Campbell, CEO of the Australian Information Industry Association (AIIA) highlighted that PwC has recently predicted that Australia will drop 10 places in world ranking by 2050 – and out of the G20 – because we have under-invested in non-resource parts of the economy such as STEM.

“Getting the basics right in areas such as education is critical if we are to create an environment conducive to tech savvy innovation, entrepreneurship and business growth,” she remarked, “This report should be read with a sense of urgency.”

What should the government do to help start-ups?

The top three key actions recommended by the Crossroads 2015 report to accelerate the growth of Australia’s tech start-up ecosystem include:

The report calls for the creation of a national innovation agency responsible for innovation and entrepreneurship programs to give greater focus to Australia’s efforts to transition to a knowledge economy.

Creating a network of entrepreneurship centres would provide a vital layer of infrastructure around which start-up communities can be fostered.

They could also act to support and connect existing private sector incubators, accelerators and co-working spaces, and provide much needed practical training to entrepreneurs.

Australia has one of the lowest rates of angel investment and venture capital investment in the developed world. Increasing the funding available to start-ups under the Entrepreneurs Infrastructure Program, offering tax incentives for angel investors and establishing a seed co-investment fund are all actions that would help to unlock more private capital and enable more Australian high-growth tech companies to achieve their full potential.

The full list of StartupAUS Crossroads 2015 Report recommendations is as follows: