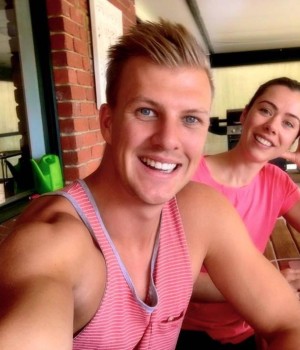 If failing out of high school wasn’t enough of a wake-up call, looking in the mirror and seeing bleach blonde hair was. Ash Marton turned his life around and created one of Australia’s most innovative real estate companies at the young age of 22.

In the chapter leading up to Ash and Lilly’s entrepreneurial endeavor, the two worked for respectable agencies in the town in which they now own their own business. Though they were content with their work, they felt they could build something even greater.

“We both felt the systems and teachings were catering to the masses and the average agent,” Ash says.

His vision went above and beyond this standard. Ash wanted to develop an agency that worked with only top performing agents. He did this by developing a real estate website like no other, he says.

The Ash Marton Realty site allows purchasers to download all documentation straight from the sight, as well as make an immediate and online offer on a property.

By creating this type of site, Ash has become known as an industry leader, he says. Ash believes the site empowers his agents and makes the company standout against competitors.

The site’s success didn’t happen overnight, Ash says. One of Ash and Lilly’s greatest challenges was building the company from solely $45,000 in savings. That meant no funds to hire employees, Ash says.

Ash decided to take on one of the most essential roles a startup has — marketing. He learned how to handle Photoshop and Indesign on a professional level in order to create state of the art marketing campaigns.

Despite his newfound talent, Ash says their most effective marketing strategy didn’t come from a design program.

After Ash’s town installed a 20 foot gnome as a decoration and the community started placing smaller gnomes beneath it, he had an idea.

“One night, under the cover of darkness, we took our own branded gnome, complete with a sign ‘If you gnome anyone looking to sell, please call Ash Marton Realty.’ We recorded the stealth mission and shared footage and photos through our Facebook page as it played out.”

Ash’s quirky marketing ideas haven’t stopped there, he says. Ash has convinced all but one of his employees to brand their vehicles with the company’s name.

“To paint you a picture, it’s ‘Ash Marton Realty’ in size ‘one million,’ on an angle, covering the full sides, front and back of each car,” Ash says.

Ash and Lilly’s innovative minds have allowed Ash Marton Realty to increase its gross commissional income by more than fivefold since its first year.

Another great achievement of the business was launching the property management component in 2014, which now caters to over 200 properties.

Ash predicts much more growth in the company’s future and is extremely proud of what his team has accomplished.

USE THE TWEET BUTTON AT THE TOP OF THIS PAGE. YOUR TWEET WILL SAY: CONGRATULATIONS ASH Marton, ANTHILL 2016 30UNDER30 WINNER! 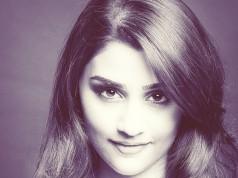