An app that will organise all of your photos by life event and stop you from ever losing your favourite snap has taken out QUT Creative Enterprise Australia’s (CEA) Creative Tech Startup Weekend.

The ArtLife application will integrate into your camera and gallery settings and use metadata to seamlessly sort and organise the photos on your phone.

“So many of us have thousands of photos of our phones, which means that when you’re looking for one particular memory it can be really difficult to try and track that down,” says Majella Edwards, the co-founder of ArtLife.

“We become so emotionally invested in our digital photos because they are how we now track our memories. Whether it’s photos of your baby, a friend’s wedding or even the artwork your kid brings home from school, people want to have easy and reliable access to those memories.”

ArtLife took out the 54-hour marathon competition, beating out other ideas that sprang up during the event including 3D printing for affordable houses, wearable technology to help assist athletes mental flow, music tech to automate artists booking venues and 3D printing like a ‘Shoes Of Prey’ for the farrow industry of horses hooves.

“It’s been an amazing weekend and we have a fantastic team,” Edwards said.

“We are proud of the fact we are an all women team from Longreach and Brisbane. It really goes to show that it doesn’t matter where you are from, teamwork is what matters.”

“Winning this Startup Weekend will allow us to bring ArtLife to life. ArtLife will revolutionize the way we look after our digital memories from paintings to photos to family moments.”

There was more than double the amount of initial pitches compared to 2016’s event. For the first time the weekend also saw founders travelling from interstate, with would-be entrepreneurs making the journey from Sydney and Melbourne.

More than 70 per cent of event attendees were also students, backing a recent report from Universities Australia which indicates the tight link between entrepreneurs and university education.

“We’ve seen so many great ideas this weekend, and what’s even better is that we’re seeing people travelling to Brisbane to really make the most of the growing industry we have here,” says Anna Rooke, CEO of Creative Enterprise Australia.

“Around 90 per cent of attendees this weekend have never even been to a startup weekend before, which really goes to show the interest and gap when it comes to creative tech.”

“We’ve had entrepreneurs from Sydney, Melbourne and even central Queensland come to this year’s startup weekend, so we’re really glad that we can help mentor and educate the new entrepreneurs in the creative industries.”

Founder Ellen Hartwig said, “The platform is being pursued and built in the team’s spare time around study and work. This journey so far has involved beta testing multiple versions of the platform with end users, strategising around blockchain technology integration and seeking collaboration and input from Brisbane’s vibrant music scene.

“For theShario team, the greatest triumph of the Creative Tech Startup weekend was theskillset and connections we developed amongst ourselves and with the broader Brisbane startup scene, which has led to exciting new opportunities for members of the team.” 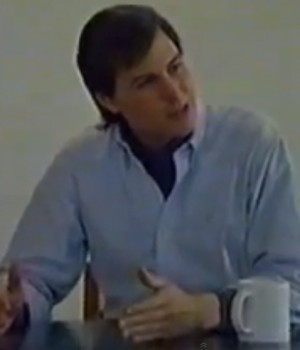