Rumours of my spinal injury have been greatly exaggerated.

When you see the words ‘potential impotence’ among the risks of surgery, you know that things are about to get serious (a state of mind I’ve never been fond of).

Fortunately, the risks have passed. And in my convalescent state, I’ve had plenty of time to brood. It will still be some weeks before I’m no longer home-bound but that won’t prevent me from finishing what we (you and me, my friends) have started.

At the end of this month, the extended period of the Innovation Review will come to its conclusion. That doesn’t leave much time to get a clear and helpful message across.

Below are just some of the interesting comments left in response to my post two weeks ago:

Allan Aaron said:
“It’s imperative that anyone with an interest in seeing this situation redressed makes a strenuous argument to the national innovation review at [email protected] and, of course, to their government representatives.”

Tim said:
“Perhaps James or Chris could offer a place where participants could contribute their thoughts.”

Paul Cheever said:
“I now want to prepare and distribute across the governments and the Panel a profile of active venture interests stories.”

Liesl asked:
“If we want to take an active role in lobbying government, and show quantifiable national benefit of the grants, and the loss to the country of CR dying, where should we make a noise?”

After reading these blog comments, while stuck at the Epworth, I had a number of epiphanies. (Thank the good soul who invented Morphine. Hopefully, not another Commercial Ready casualty). 🙂

Anthill’s proactive stance would not have take shape unless our readers had hassled us first. Of course, we were naturally dismayed at the scrapping of CR. We have encouraged and promoted many, many CR success stories in our brief history.

But it was not until you, our readers, asked us to take a stand that we began to review our options.

So… it seems sensible to bring this matter to the people and outlets (other media) that can further emphasise the need for CR or a CR alternative to the decision makers and the broader public.

Q&A is an ABC Television program that brings together political leaders and asks viewers to text their questions. We now have over 200 people who have registered to use SMS as a tool for a ‘flash protest’. Why not unleash the power of 200 on the ABC and see what happens?

If successful, I propose that we hit Sunrise (K Rudd has a weekly spot), then talk-back radio. Maybe even The Seven-Thirty Report?

Please tell me if you think this is a good idea (or have I simply exceeded my prescribed dose of painkillers for the day?). If so, I’ll SMS the number to text and a sample message. (Perhaps you can let me know what you think a helpful question might be?) Also, what radio and television programs feature our political leaders in your neck of the woods? (I hung up my PR hat many moons ago.)

Epiphany #2… Make our anxiety known to the political decision makers

On this issue, many a buck has been passed.

I don’t want to name names, but… Oh heck…

According to various newspaper reports and comments made publicly during speeches (and a virtual sack of email messages to Anthill), the following two political representatives have voiced disappointment at the scrapping of Commercial Ready.

However, if you ask who is to ‘blame’, it seems that the trail invariably leads back to a bunch of faceless number-crunchers in Finance (Lindsay Tanner’s portfolio).

But! I personally elect my officials to make decisions. Yet, I cannot find an official happy to concede that this decision was made under his/her mandate of responsibility.

Phone or mail each of the leaders’ branch offices.

Once again, en masse, on a prescribed day (announced by SMS). If you deem this suggestion a good one, we’ll text the numbers. All we’ll need from you is to open the text and hit the call button twice. Most mobile phones will do the rest. We can also send a sample message (or, once again, please make any suggestions you like below).

Unfortunately, this second suggestion requires that we make a pest of ourselves, which can be counter-productive. That’s why I’m suggesting branch offices. Each branch office takes a log of calls, which carry through to the elected representative and their advisers. A call is more powerful than an email (email lost its currency as a political tool when it became too easy to tap and send).

It’s easy to imagine that 200 phone calls in one eight-hour day (that’s 25 calls an hour) would be enough to make an impression without forcing the cogs of political branch-office politics to grind to a halt.

But if anyone has a better idea, we’re all eyes and ears. Maybe a template Letter that can be downloaded and sent via snail mail would be a more effective idea? After all, they say a letter is worth 10,000 constituents.

Epiphany #3… Make all this count

The sad truth is that cancelled programs rarely, if ever, get reinstated. They are more likely to be resurrected in a different form or not at all.

This is partly because politicians are extremely reluctant to ‘back-flip’ on a decision (as any opposition will describe a public change in position, no matter how sensible, as just that: a back-flip).

So… while all these activities will demonstrate that a CR alternative is necessary (and that the electorate is unhappy and watching), positive suggestions are required, preferably ideas that are not simply opportunistic (like many of the 630 submissions to the Review already received).

Applications for the Innovation Review officially ended in May, but ‘unofficially’ the Review has indicated that it is prepared to accept late submissions of high importance.

Please do as Allan Aaron suggests above and mail ideas and suggestions to the National Innovation Review at [email protected] and, of course, to your government representatives.

At Anthill, we will be packaging up all your comments from my previous post and submitting them to the PTBs (powers-that-be). We also recommend that you visit the Review website to check out the suggestions of others.

If CR is unlikely to get a reprieve, why should we do this?

Firstly, because despite the ‘efforts’ at engagement (Forums, Submissions etc), which were based on genuinely good intentions by a group of smart and well-meaning people, the whole process, nevertheless, still stinks of an innovation system that is no longer innovative (in my humble opinion).

Forums and Submissions attract opportunism of the worst kind. Who else wants to spend hours in a town hall? Or weeks devising a submission except people with something to gain? This is something that I’ve climbed on my old soapbox about before (“Did you get your say at Senator Carr’s Innovation Review?”).

Secondly, while the Panel is made up of some of the smartest innovation experts Australia has produced, the members also only represent representatives of the baby-boom generation.

Yet, the technologies now available to drive real collaboration and engagement are largely created, driven and preferred by the people who have the most vested interest in a nation with robust innovation capabilities – Gen X and Gen Y.

Finally, not everyone has the luxury of being able to lie at home, writing blog posts and making cracks about prescription medicines (or fighting for innovation in Australia). And it would burn my soul not to use this opportunity (the scrapping of CR) to rouse interest in this debate and put innovation in the hands of the innovators.

If you think any suggestions seem too demanding, off-track or unlikely to engender an appropriate response (or your involvement), please let me know. In return, I’ll try to keep things as simple as possible (via SMS).

What say you, Anthillians? Is this the way forward or am I quietly turning into a crack-pot recalcitrant, going insane with only soft-toys, Tremazapan and my laptop for company? 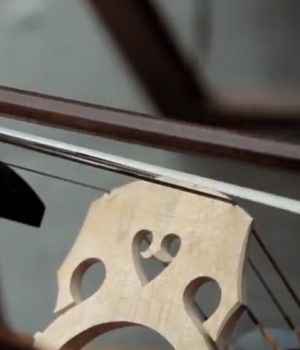