We're no strangers to love. You know the rules and so do I. And those rules apply to creating internet memes [VIDEO] -
Tuesday, July 7, 2020

Admit it. You’ve been rickrolled, and chances are, you liked it.

There are those of us who remember when Rick Astley wasn’t just an internet meme. He was known for his catchy tunes, ginger hair and, dance moves that any boy could do. So long as the boy dancing was wearing a double breasted suit.

It’s been five long internet year since rickrolling became a popular hobby. The phenomenon reinvigorated Astley’s career, despite the fact that he earned an estimated $12 for the millions of YouTube views the video of “Never gonna give you up” earned. Astley embraced the new found fame and has since made a comeback. Go Rick!

Now, it’s 2012. Chances are, you haven’t been rickrolled for a while. But, that may all be about to change, with the current viral video being a cut-together-piece of the Madmen characters performing “Never going to give you up”.

Who knew that the cast of 2012 hit television show, set in the 1950s could perform a 1980s song, and become a new meme? Who knew the dialogue on that show used the word ‘desert/dessert’ so frequently?

It may not be a new idea, but this video has clocked more than one million views in a week.

So, how do you create a wildly successful internet meme? To paraphrase the famous words of Astley: you know the rules, and so do I- so break them. Create the unexpected.

One final thought, because it has to be said. Judging by Astley’s hair and wearing of RayBan Wayfarers in the original video, he may have been the very first proto-hipster.

Where would we be without Rick Astley.

Madmen perform Never gonna give you up” 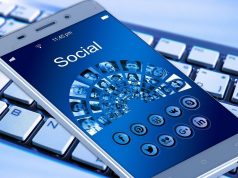 Here the 7 best marketing solutions for a new company [SPONSORED]