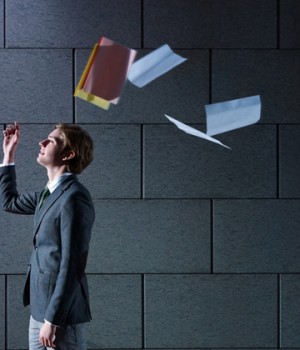 Co-working community and start-up hub, River City Labs, recently announced five popular reasons that those in its network of entrepreneurs quit the 9-5 rat race to follow their startup dreams in 2016.

General Manager of River City Labs, Josh Anthony, said, “River City Labs has learned that at the start of every New Year, people take a step back and reflect on where they’re at in their career and where they want to be. In many cases, they come to realise that the typical 9-5 job is just not cutting it anymore. They want something more than what the typical work grind has to offer.”

“I’d encourage people to leap straight into forming their own start-up, and to work out their action plan along the way. The more time you spend planning ahead, the less likely you are to actually make the leap,” Josh added.

“One thing is certain, even the most thought out plans will have to change once you hit reality. It seems counterintuitive but too much of a plan B can be detrimental to your plan A.

“The reality I see is that more than 90 per cent of startups fail or fail to grow big. If you hesitate or hold back even a little bit you’ll actually increase your risk of failure,” he explained.

It’s the “crazy” start-ups that win in the end

Investor and entrepreneur, Steve Baxter, commented, “In 2006 some very brave souls launched a service to broadcast messages to anybody that cared to listen, the messages were limited to SMS size (140 characters) back in a time where most people had volume charged accounts and the smart phone as we know it now did not exist. The backers in the first round of investment that Twitter took were either very brave or insightful.”

“The point is, who really thought it would work and work to the extent it currently is. This once start-up has not only created tremendous wealth but has also created a brand new communications medium that is only ten years old this year,” he explained.

Steve added, “We need to try more crazy stuff, people trying crazy stuff need to surround themselves with smart opinions and help. Places like River City Labs are ideal for this. Is your idea crazy? It probably doesn’t matter and who cares, if people use it and it can generate revenue then all of a sudden it isn’t crazy. Unless you go for it, you will never know. It’s time to #startsomething.”

Why should you chase your start-up dream?

Here are six reasons to leave your day job and build your own start-up:

1. Break from the mould

Jordan Oudejans, Co-Founder of Puntaa, said, “A normal day job can get a bit stale and you can end up being like a cog in the system just turning over. Having your own start-up is a massive challenge, and you need to be thinking and working all the time.

“Every day is different, new challenges, everything is going well then bang you get hit with something from left field you need to adjust and manage.

“But it’s also exciting, full of variety, and at the end of it you’ll own something that is genuinely unique and not like anything else out there. There’s an adrenaline rush in doing that that can’t be compared to anything else,” he added.

Richard Eastes, Co-Founder of GreenSocks, said: “It might sound counter-intuitive because you usually work longer hours in your own business, but the ability to choose your hours is a freedom that most workplaces don’t offer.

“For example, today I started work at 11am. I might finish at 2am. That’s what works best for me and allows me to be my most productive. But this is not the norm in a traditional office job that would require me to conform to someone else’s rules and office hours.”

Pablo Farias, Founder of Zenva, commented: “In traditional career paths people have an hourly rate. One hour of their time is equivalent to X amount of money. If you build a tech start-up it’s very much likely you’ll charge users for a service or product they can use online or though tech.

“What this effectively does is separate your time from income. Your income will increase as you find more customers. This is not necessarily related to how many hours you put in, but in how effective the use of this time becomes.

“In traditional career paths people are encouraged to work longer hours by default, which does not always yield better results. When you run your startup, you can focus on what does matters.”

Andrea Martins, Co-Founder of GreenSocks, commented, “Working in my own businesses has always allowed me to be there for my kids. From school drop-offs and pick-ups, to sports runs, school ceremonies and play dates, I’ve always been able to juggle work and family. That’s a luxury that I would never have been available to me if I was an employee elsewhere.”

Pablo said: “Working on a project that has a potential to have a massive impact in millions of people is a very rewarding activity. This can also apply to many traditional career paths, but many organisations fail to transmit this vision to their employees.

“In my case with my startup Zenva, giving people to free or very affordable access to high-demand skills gives me a sense of purpose and motivates me to work hard. We’ve taught coding to over 150,000 students from 194 countries, and most of them come from emerging nations where people have very limited resources.

“Receiving thank you emails, good reviews, or just looking at projects built by our students has been a very rewarding experience,” he revealed.

Damon said, “You’re going to die eventually. So roll the dice, have a crack, and try do something remarkable with your life. By being born in Australia we’ve won the birth lottery, and we have an unbelievable advantage over the majority of the rest of the world. Take this opportunity with both hands, don’t sit back and cruise.

“Life is a game and you never beat the game by selling your time to the man.  Get out of the rat-race, get out of the traffic. Traffic is a massive waste of time and drives your stress levels through the roof. It’s not good for longevity,” he added.

Richard commented: “I remember reading a few years ago about an Australian palliative care nurse who counselled the dying in their last days. She came up with the top five regrets that people had on their deathbed. One of them was about working too much in a job that felt like a treadmill experience. That really impacted my thinking when I left my previous business and decided to start a new start-up.”